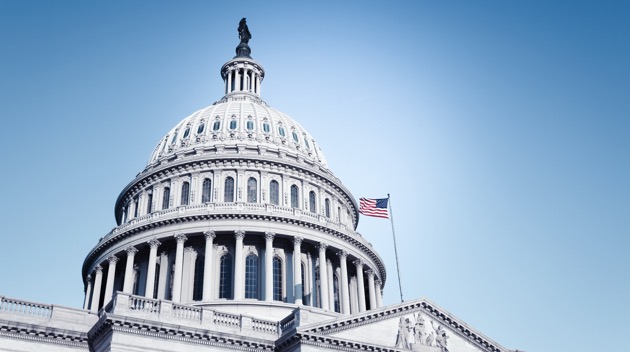 (WASHINGTON) — One year after Rep. Cori Bush, D-Mo., won her historic primary race, the congresswoman and Black Lives Matter activist won a battle waged on the steps of the U.S. Capitol based on her own life experiences.

Bush, a longtime community organizer in Ferguson, Missouri, galvanized a group of Democratic lawmakers in an overnight protest and camped outside the Capitol for five nights to draw attention to federal eviction moratorium and to compel her peers in Congress to understand an experience that for her, hit home.

“I’ve been evicted three times in my life — once following a violent domestic assault in which a former partner left me for dead. I’ve lived out of my car for months with my two babies. I’ve seen my belongings in trash bags along my backseat,” Bush wrote in a CNN op-ed published Aug. 6. “I know what that notice on the door means. Cold from the elements or wondering where I could find a bathroom, I’ve wondered who was speaking up in DC for people in my situation.”

According to a December 2020 study by Princeton University’s The Eviction Lab, eviction filings and eviction rates were significantly higher for Black renters than for white renters, while women — particularly Black and Latino female renters — and faced higher eviction rates than their male counterparts.

The freshman lawmaker was sworn into the 117th Congress in January, along with a record number of women and women of color. Bush was welcomed into the “the squad” — a group of progressive congresswomen of color that includes Reps. Alexandria Ocasio-Cortez, Ilhan Omar, Rashida Tlaib and Ayanna Pressley — all of whom rallied with Bush in her eviction fight.

Omar, who is one of the first two Muslim women in Congress, told ABC News Live last week that her experience as a Somali refugee drove her to speak out.

“I spent the first night with Cori and Ayanna … because we, the three of us, know what it means to be unhoused,” the Minnesota Democrat said. “You know, I obviously fled conflict and was forcefully removed from my home and spent years in a refugee camp, but I know how deeply unsettling it is when you don’t have the comfort of your home.”

According to Nadia Brown, a professor of government and African American studies at Georgetown University, the eviction fight shows why “representation matters” because it highlights diverse experiences and stories that are historically rare on Capitol Hill.

“The optimistic part is, yes, that Congress has more people of color, has more queer people, the number of younger Congress people has increased; people that are first-generation has also increased. But it’s still overwhelmingly white, overwhelmingly male and overwhelmingly wealthy … but the reason why we’re paying attention to Ilhan Omar, to Cori Bush, it’s because they’re outliers,” she said.

Brown added that historically the identities of “activist” and “politician” were seen as separate but those identities converge in lawmakers like Bush and Omar who embrace their roots in activism in how they serve their constituents in Congress.

“This is something new,” Brown said. “I had the opportunity to interview Cori Bush back when she was an activist in Ferguson right? And she was very poignant when she shared that she’s filled a vacuum because the current leadership just wasn’t there.”

“People on the street trusted her [to] become this voice for them when elected officials weren’t. So I think it’s not just the tactic, it’s the ethos that’s different,” she added.

Progressive lawmakers like freshmen New York Reps. Mondaire Jones and Jamaal Bowman also participated in the protest on the Hill and as support grew, the group was soon joined by some moderate Democrats.

Ahead of the expiration of the Centers for Disease Control and Prevention eviction moratorium, members of Congress traveled back to their districts for August recess, but Bush — the first Black woman to represent Missouri in Congress — stayed in the nation’s capital to resume the fight as millions of evictions loomed.

The Biden administration repeatedly argued that it does not have federal authority to extend the CDC eviction moratorium without Congress but as the protest on the Hill continued, pressure from progressive and some moderate Democrats mounted, culminating in an apparent reversal.

President Joe Biden announced on Aug. 3 that the CDC is extending the federal eviction moratorium for an additional 60 days in areas where there is substantial and high transmission of COVID-19, giving tenants an additional lifeline.

Top Democrats directly credited Bush and the colleagues who joined her on the steps of the Capitol for moving the needle by applying pressure on the federal government.

“You did this,” Senate Majority Leader Chuck Schumer said as he walked out to the steps of the Capitol and embraced Bush and Ocasio-Cortez amid the news.

“I applaud the CDC for imposing an eviction moratorium … I particularly applaud Rep. Cori Bush who understands what it’s like to be evicted and who took her passion and turned it into amazingly effective action,” Schumer said.

Asked about Bush’s role, Sen. Elizabeth Warren said the Missouri congresswoman has been “absolutely pivotal in getting real change.”

“She’s one woman who stood up and said, ‘I’m not moving.’ She testified from personal experience and said this is what it’s like to lose your home … and that was enough to capture the attention of a lot of people across this nation and a lot of people in this building and at the other end of Pennsylvania Avenue,” Warren said.

Bush gave a nod to her roots as an activist during emotional remarks outside the U.S. Capitol celebrating the development.

“Let’s be clear, activists are in Congress. So expect for things to be different,” Bush said, adding that progressives are “already gearing up” for the next fight in the eviction crisis.