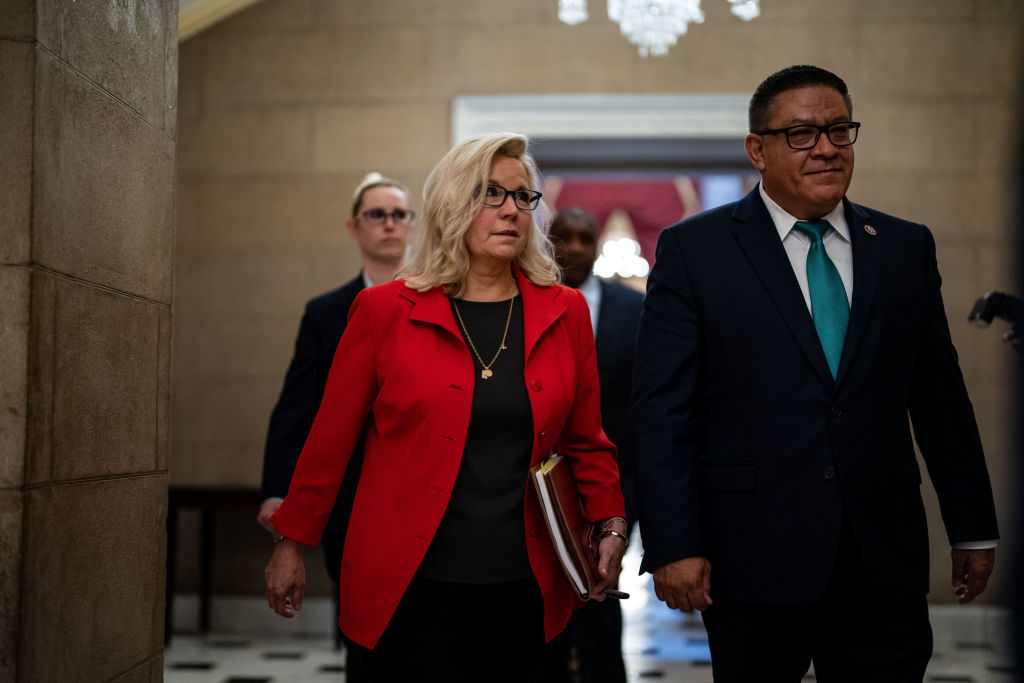 (WASHINGTON) — Two House Democrats — from New Jersey and Minnesota — are appealing to members of their own party in Wyoming to “consider” changing their affiliations ahead of the state’s contentious Republican primary on Aug. 16 in order to back incumbent Rep. Liz Cheney.

In separate advertisements from an organization called Wyomingites Defending Freedom And Democracy, Reps. Tom Malinowski and Dean Phillips asked Wyoming Democrats to “consider temporarily switching parties” in order to vote for Cheney, one of Donald Trump’s most vocal critics, over Cheney’s Trump-backed opponent.

“Liz Cheney and I don’t agree on everything, but we’re on the same side today, fighting for our country,” Malinowski said in his ad.

“Wyoming Democrats can put country over party too, by registering to vote for her in the Republican primary,” he said. “I hope you do.”

In his ad, Phillips said: “Principle must always come before politics. And nobody has shown more honor, integrity and courage than [Cheney].” He also asked Wyoming Democrats to switch their political parties for Aug. 16.

Cheney, a three-term Republican congresswoman — as well as the vice chair of the House Jan. 6 committee and former No. 3 House Republican — faces a serious challenge to hold Wyoming’s only congressional district against Harriet Hageman.

Cheney’s intense criticism of Trump’s election denial and behavior around Jan. 6 earned her the scorn of the GOP base as well as some Republican colleagues, who booted her from House leadership.

Wyomingites Defending Freedom And Democracy has spent $26,698 on ads over the last week, according to Facebook analytics, beginning to run the ones with Malinowski and Phillips over the weekend.

On their website, the group has links available for Wyoming Democrats to complete voter registration applications and change forms, along with information on how to submit that to relevant county clerk offices no later than 14 days before the primary election.

Wyoming voters can also change party affiliations at polling locations on the day of the primary or general election or when requesting an absentee ballot, the website notes. Wyoming law allows voters to switch their party affiliations back for future elections.

Malinowski, the Democratic incumbent of New Jersey’s recently redrawn 7th Congressional District, is vulnerable himself to a GOP victory in the seat he flipped blue in 2018.

Moderate Democrat Phillips separately made news last week for saying that he would not support President Joe Biden in 2024 in hopes of a “new generation” of leadership.

The new campaign to get voters to switch parties may have begun to work — at least for a few thousand registered Democrats over the past month, according to the state.

Still, according to a FiveThirtyEight analysis earlier this year, Cheney has only a small chance of switching enough Democrats to make up for any Republican deficit — simply given how many Republicans are in the state.

Cheney and her defenders have been actively campaigning on a “pro-democracy” message, attempting to pit her and her anti-Trump minority faction of the Republican party against the former president.

Cheney released a new ad herselfon Thursday in which her father, former Vice President Dick Cheney, came out in support of his daughter’s reelection campaign.

“In our nation’s 246-year history, there has never been an individual who is a greater threat to our Republic than Donald Trump,” Vice President Cheney said. “He tried to steal the last election using lies and violence to keep himself in power after the voters had rejected him.”