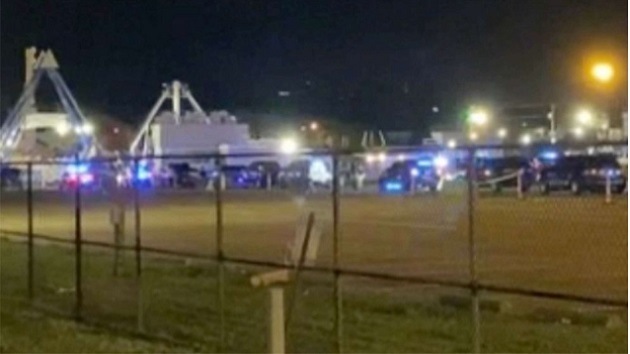 (JACKSON, Miss.) — One person was killed and five others were injured when multiple shooters opened fire Saturday at the Mississippi Mudbug Festival in Jackson, authorities said.

The person who died is suspected to have been one of the shooters and was shot by a law enforcement officer responding to the chaotic scene at the state fairgrounds, officials said.

The second annual Mudbug Festival was billed as a family fun event with live bands, carnival rides and a crawfish boil and eating contest.

“It’s very devastating and very tragic,” Jones said. “This is what’s to be considered a very family-oriented event, where families come to enjoy entertainment and food. You have individuals with no regards for the lives and safety of those attending the event. I think that is a very cowardly and selfish act to involve so many innocent people that are here to have fun and enjoy themselves.”

Two juveniles were detained, but no charges have been filed in the incident, authorities said.

Investigators found two rifles and a pistol at the scene, according to ABC affiliate station WAPT in Jackson. Investigators also seized a vehicle for evidence, officials said.

The Mississippi Bureau of Investigation is assisting in the probe due to an officer being involved in the shooting.

“We will find out exactly what happened. We will find out who’s all involved and they should be held accountable and responsible for this very reckless incident,” Jones said.

Sunday’s events at the Mississippi Mudbug Festival, which was supposed to be the festival’s final day, have been canceled, according to organizers.

This year’s Mudbug Festival featured musical headliners, including Blue Oyster Cult and Laine Hardy. Blues musician Bobby Rush had been scheduled to close out the festival with a performance Sunday night.

Saturday’s shooting marked at least the fifth time in less than a year that gunfire has erupted at entertainment events across the nation, including one on April 3 that left one person dead and 11 injured at a concert in Dallas. On Jan. 15, six people were shot at a concert in Eugene, Oregon.