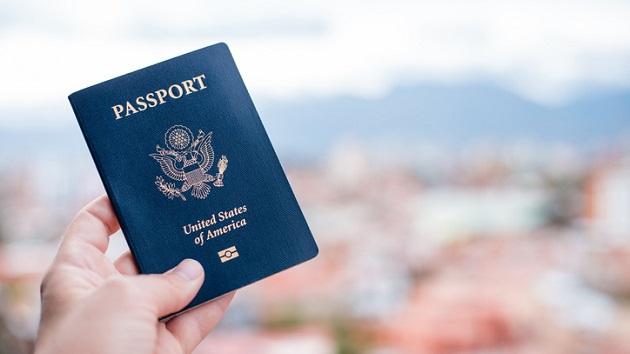 (WASHINGTON) — The U.S. State Department announced on Thursday that starting April 11 people applying for U.S. passports will be able to select “X” to mark their gender in a move designed to accommodate nonbinary, intersex and gender non-conforming individuals.

“The Department of State has reached another milestone in our work to better serve all U.S. citizens, regardless of their gender identity,” Secretary of State Anthony Blinken said in a statement released on Thursday, which marks Transgender Day of Visibility.

Blinken first announced the State Department’s intention to make this change in June and said that the option to select “X” for gender will also become available on other documentation in the coming year.

The Department of Homeland Security is also in the process of adding “X” gender markers to the systems to facilitate the check-in process for gender non-conforming travelers, the White House said.

“These updates to passports and TSA policy will make it safer for transgender, nonbinary, and intersex members of our community to travel and to walk through everyday life,” said the Gay & Lesbian Alliance Against Defamation known as GLAAD in a statement on Thursday. “Everyone deserves the right to have identity documents that reflect who they are, and to go through airport security without harassment and public humiliation.”

The changes to the travel experience are part of a series of new policies and actions announced by the Biden White House on Thursday that address discrimination against transgender individuals and come as Republican lawmakers push a wave of transgender and LGBTQ legislation across the country that many see as discriminatory.

Most recently, Oklahoma and Arizona became the latest states to impose transgender sports bans. Similar legislation has been introduced in more than 30 states. On Monday, Florida Gov. Ron DeSantis signed the Parental Rights in Education bill into law. The legislation, which is dubbed the “Don’t Say Gay” bill by LGBTQ activists, limits what classrooms can teach about sexual orientation and gender identity. Meanwhile, various states have introduced legislation banning and/or criminalizing gender-affirming care for transgender youth.

The White House condemned anti-LGBTQ legislation and vowed to fight against it at the state level.

“The evidence is clear that these types of bills stigmatize and worsen the well-being and mental health of transgender kids, and they put loving and supportive families across the country at risk of discrimination and harassment,” the White House said. “As the President has said, these bills are government overreach at its worst, they are un-American, and they must stop.”

The White House vowed to provide additional mental health resources and investments in education for LGBTQ youth, their families and their support networks, as well as enhance federal services and benefits for the community.

“To everyone celebrating Transgender Day of Visibility, I want you to know that your President sees you. The First Lady, the Vice President, the Second Gentleman, and my entire Administration see you for who you are — made in the image of God and deserving of dignity, respect, and support,” President Joe Biden said in a statement on Thursday.

“We’re committed to advancing transgender equality in the classroom, on the playing field, at work, in our military, and our housing and healthcare systems – everywhere, simply everywhere,” the statement said.

Jeopardy champion Amy Schneider, the first openly transgender individual to compete on the show, visited the White House for the Transgender Day of Visibility to meet with second gentleman Doug Emhoff.

Schneider, who won a historic 40-game streak, told ABC News she hopes that her visit would advance visibility for the transgender community.

“I think just the same thing that I have been accomplishing, which is being a trans person out there that isn’t monstrous, that isn’t threatening, and is just a normal person like we all are. So the more people like me can be seen, the harder it is to sustain the myths that are driving a lot [of] this hate and fear,” she said.

Many civil rights groups advocating for LGBTQ rights welcomed the changes announced by the White House.

“Today’s actions prove that transgender people have an ally in the White House, and come at a much needed time when transgender people – particularly young people – are under attack in statehouses across the country,” the Human Rights Campaign said in a statement on Thursday.

The National Center for Transgender Equality said in a statement that at a time when “transgender people are being attacked and targeted by state and local politicians,” the White House’s new policies show the community “that the president of the United States has their back.”