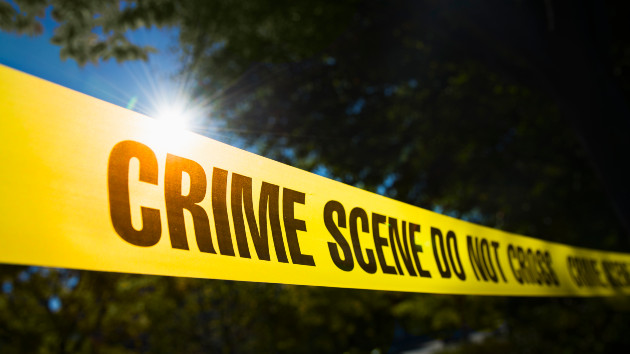 (NEW YORK) — A 22-year-old Michigan woman was found dead from an apparent suicide after authorities alleged she fatally shot her boyfriend and brother in what appeared to be a premeditated act of gun violence.

“It’s a terrible situation. It always seems to be magnified when you get someone who commits something horrible like that — a homicide — and then kills themselves,” Bouchard said. “You almost wonder what was the point to this whole thing? You never get any answers that satisfy those questions because, now, all parties are deceased.”

Bouchard said deputies were called to the Independence Square Apartments in Independence Township, about 16 miles north of Pontiac, after a neighbor reported being awakened by gunshots coming from Taverner’s apartment around 3:20 a.m. Sunday.

Deputies entered the apartment and discovered the bodies of Taverner’s brother, 25-year-old Bishop Taverner, in the living room and her boyfriend, 26-year-old Ray Muscat in a rear bedroom, according to a sheriff’s officials. Ruby Taverner and Muscat lived together, Bouchard said.

Both victims were pronounced dead at the scene from gunshot wounds, Bouchard said. He said Bishop Taverner was shot once in the head.

He said investigators suspect that after allegedly committing the homicides, Taverner fled the apartment on foot, leaving behind her cellphone and car.

Bouchard said detectives are trying to determine a motive for the double slaying, and a preliminary investigation indicates the killings were premeditated.

“You don’t typically find someone shot in the head one time unless they just kind of coolly and calmly walked up and did it,” Bouchard said.

Sheriff’s deputies combed the area around the apartment complex for evidence and were searching a nearby lake on Sunday, but Bouchard did not immediately say if that was where Taverner’s body was located.

He said records show Taverner had three registered firearms, including two 9mm handguns and a .38 caliber pistol. One of the weapons was legally purchased last week, according to the sheriff. Bouchard had warned local residents on Sunday that investigators suspected Taverner was armed and dangerous.