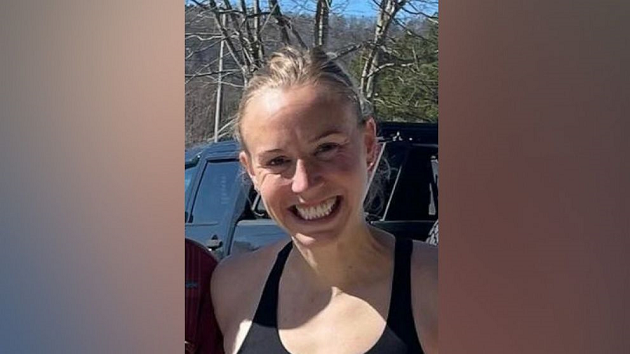 (MEMPHIS, Tenn.) — Police said they are searching for a woman who was abducted while out for a run early Friday morning in Memphis.

Eliza Fletcher, 34, was last seen at approximately 4:30 a.m. Friday on Central Avenue in midtown Memphis before being forced into a dark-colored GMC Terrain, the Memphis Police Department said.

Memphis police said they were dispatched at around 7:45 a.m. to assist the University of Memphis police “regarding a missing person” in the area of Central Avenue and Zach Curlin Street.

The woman was jogging in the area when an unknown person approached her and she was “reportedly forced into an SUV and taken from the scene,” Memphis police said in a statement.

The suspect was believed to be in a dark-colored GMC Terrain traveling westbound on Central Avenue, police said.

The Tennessee Bureau of Investigation, which is assisting in the search for Fletcher, said there currently is no known direction of travel for the suspect’s vehicle.

Fletcher was wearing a pink jogging top and purple running shorts at the time.

Authorities have released images of Fletcher and the SUV they believe she was forced into.

St. Mary’s Episcopal School said in a statement on social media that Fletcher is a “beloved” junior kindergarten teacher at the all-girls prep school.

Fletcher was described by police as 5 foot 6 inches and 137 pounds with brown hair and green eyes.