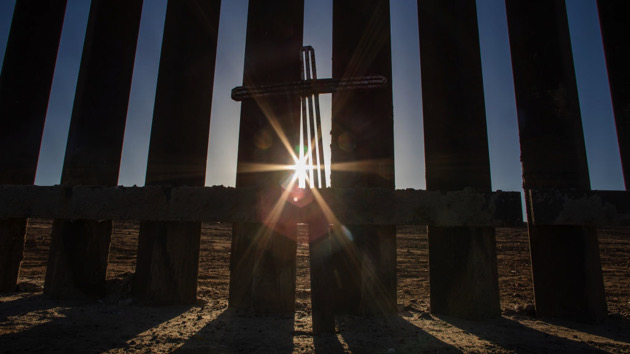 (COCHISE COUNTY, Ariz.) — A woman died after she was caught on a fence along the U.S.-Mexico border, according to a local sheriff’s office.

On April 11, Cochise County, Arizona, deputies were dispatched to a section of the border where they found a 32-year-old woman hanging upside down, the sheriff’s office said in a statement posted on Facebook.

“The woman reportedly climbed onto the top of the International Border wall and when attempting to maneuver down on the US side via a harness similar to rappelling, her foot/leg became entangled and she was trapped upside down for a significant amount of time,” the statement said.

An autopsy was being conducted to figure out exactly how the woman died.

“These types of incidents are not political, they are humanitarian realities that someone has lost a loved one in a senseless tragedy,” Sheriff Mark Daniels said. “We have to do better in finding solutions to the challenges facing our border, and we have to do it for the right reasons. Regardless of opinions, it is the facts that should direct our progress and we will keep working towards a shared goal of border safety and security.”

In a statement, Customs and Border Protection told ABC News the incident is under investigation.

“On April 11, 2022, Tucson Sector Agents received information from the emergency services dispatch in Nogales, Sonora, Mexico of an incident approximately 10 miles west of the Douglas Port of Entry at the International Boundary Barrier,” a CBP spokesman told ABC News.

“Border Patrol Agents and local emergency services responded to the scene and located an individual who was transported to a local hospital. Personnel from the Cochise County Sheriff’s Office and CBP’s Office of Professional Responsibility are investigating; more information will be shared as it becomes available,” the spokesman said.

The incident comes as Customs and Border Protection had over 220,000 encounters with migrants along the southwest border in March, the third-highest on record.