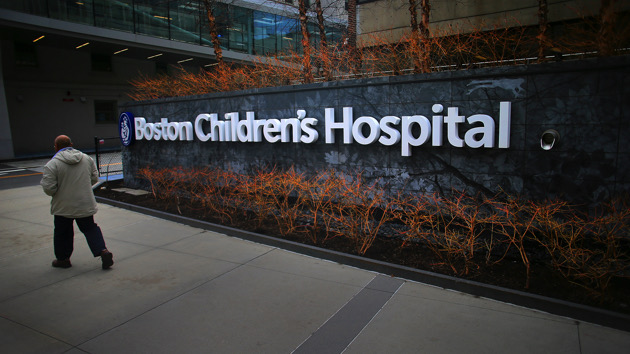 (BOSTON) — A Massachusetts woman was arrested Thursday in connection with a “hoax” bomb threat made last month against Boston Children’s Hospital, which has seen weeks of harassment and threats for providing gender-affirming care, federal officials announced.

On Aug. 30, Boston Children’s Hospital received a bomb threat over the phone, during which the caller reportedly said, in part, “There is a bomb on the way to the hospital, you better evacuate everybody, you sickos,” according to Rollins.

“As you can imagine, this resulted in an immediate response by the hospital and local authorities and federal authorities,” Rollins said during a press briefing Thursday.

The hospital and surrounding area were placed on lockdown, though authorities ultimately determined that there were no explosive devices at the hospital, Rollins said.

Investigators traced the phone number that called in the bomb threat to a T-Mobile account owned by Leavy, Rollins said.

“She was arrested at her home earlier today, and the telephone used to make the alleged threat was recovered,” she said.

Following an initial court appearance Thursday, Leavy was detained pending a detention hearing scheduled for noon Friday. Online court records do not list any attorney information for her.

The charge provides for a sentence of up to 10 years in prison, three years of supervised release and a fine of up to $250,000, the Justice Department said.

“This alleged conduct is disturbing, to say the least,” Rollins said. “Bomb hoaxes cause fear, panic and a diversion of resources that have a real impact on our communities. The people that work at Children’s Hospital and the parents that bring their loved ones to Children’s Hospital are under enough stress.”

Rollins did not make any comment on a possible motive, though noted that the hospital has been “subjected to a sustained harassment campaign” over its gender-affirming care.

“We remain vigilant in our efforts to battle the spread of false information about the hospital and our caregivers,” the hospital said in a statement to ABC News last month. “We are committed to ensuring the hospital is a safe and secure place for all who work here and come here.”