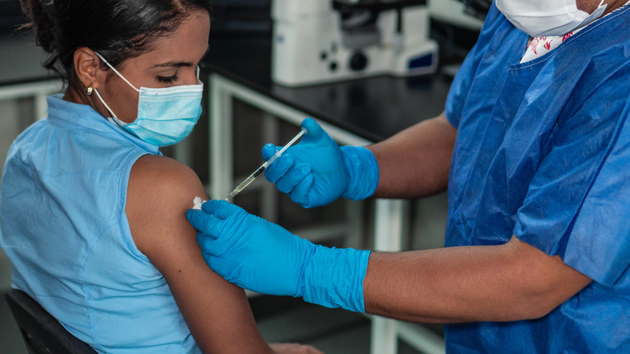 Now, officials are turning to community partnerships and other means of engagement to drive vaccinations — and the personal approach appears promising.

Vaccinations peaked at over 4 million per day in early April before dropping down to an average of about 429,000 per day by early July. Despite at least 30 states and territories implementing vaccine incentives such as cash lotteries, free food and free entrance to local attractions, the weekly moving average still hovers close to 470,000.

Experts caution not to say that vaccine incentives didn’t work. States such as Ohio and Missouri saw a temporary but meaningful bump in vaccinations in the week after the lotteries were announced.

“I think vaccine incentives have worked better than we think,” said Dr. Stacy Wood, professor of marketing at North Carolina State University. “When any given incentive didn’t work, it was because it didn’t match the hurdle that a particular person was facing for vaccination. … There’s no one-size-fits-all incentive.”

But for some, the vaccine incentives themselves are a turn off. “It actually makes me a little more leery,” said Camille Holmes, a school-based speech therapist from Westchester County, New York.

Holmes said she routinely gets vaccines for herself and her family but right now is “indifferent” about the COVID-19 vaccine.

“I think as time progressed, my answer went from ‘absolutely not,’ to ‘I don’t know,’ to ‘I’m not ready,’ to ‘I probably am going to get it when I’m forced to do so."”

So what is the key to encouraging vaccinations? For some, it might be a mandate from their employer. For others, it might be about renewed fear as the more contagious delta variant spreads. Now that cases are rising due to the delta variant, there has been a gradual increase in vaccinations, up 14% last week, according to the White House.

But for many, it’s about meeting people where they are — literally. According to research by Wood, “small incentives combined with that immediacy” tailored to a specific population works well.

This might be especially true for younger people, who aren’t necessarily opposed to getting a vaccine but don’t feel as deeply concerned they’ll become very sick or die without it.

St. Louis County, Missouri, recently announced a new initiative called Sleeves Up STL that will enlist local barbershops and beauty salons to provide information to their customers about getting the vaccine.

Randy Barnes, the owner of R & R Style Shop in Florissant, Missouri, plans to participate in this initiative because COVID-19 has been rising in his community.

“I’m thinking because of the barber and the beauty shops, people trust us. If the information is there, if the education is there, people maybe would be more apt to [get vaccinated],” Barnes said. “Those that were skeptical, given the right information, maybe would go ahead and get themselves vaccinated and even convince other people.”

There is already evidence that getting information from trusted friends, family members and community leaders spurs vaccination. Since Arkansas Gov. Asa Hutchinson began traveling the state and having community conversations, the rate of vaccinations in the state has increased 40%, he told NPR.

Research has shown, and Barnes and Wood believe, that hearing from those who’ve had COVID-19 or lost someone due to the disease would be helpful. Barnes lost his brother to COVID-19 last April.

In addition to discussing vaccination with people, having vaccines immediately available at places where people commonly go, such as subway stations or museums can be helpful.

Whether it’s a lottery ticket, free meal, a conversation with a survivor or a trusted person or convenience, Barnes said he hopes one of these measures motivates people.

Adjoa Smalls-Mantey, M.D., D.Phil., trained in immunology and a psychiatrist in New York City, is a contributor to the ABC News Medical Unit.