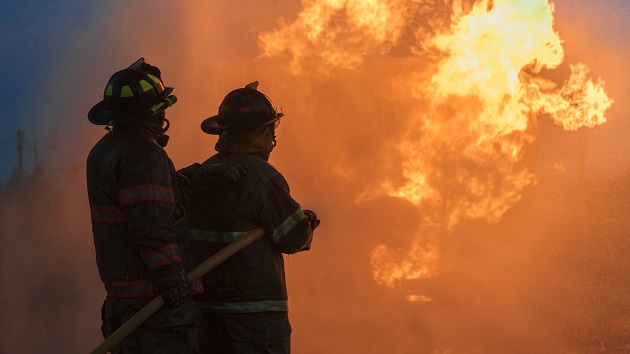 The Kruger Fire broke out Tuesday morning near Kruger Rock in Larimer County, just outside Estes Park, a mountain town with about 6,000 residents. The neighborhoods of Little Valley Drive, Hermit Park and Uplands of Fish Creek Road were ordered to evacuate that same morning.

By Tuesday evening, the blaze had grown to 133 acres with 15% containment, according to the Larimer County Sheriff’s Office.

“Multiple resources responded and found the fire burning in very steep terrain,” the sheriff’s office said in a statement Tuesday. “Gusting winds and low relative humidity caused the fire to spread quickly and threatened several structures in the area.”

No structure damage from the wildfire has been reported thus far, the sheriff’s office said.

An investigation into the cause of the blaze found that high winds blew a tree onto a nearby powerline, causing it to arc and start the fire, according to the sheriff’s office.

Red flag warnings have been issued throughout Colorado over high wind gusts topping 40 miles per hour. Videos posted to social media show the fire crowning, indicating the possibility that it could spread fast.

“Despite the gusting winds, air resources were utilized to make water and suppressant drops,” the sheriff’s office said. “More air resources are ordered for tomorrow along with additional fire crews.”

More than 150 personnel from various agencies were deployed to the wildfire on Tuesday, according to the sheriff’s office.

A single-engine air tanker crashed south of Estes Park that evening. The pilot, who was the only occupant of the firefighting aircraft, did not survive, according to the sheriff’s office. The crash is being investigated by the Federal Aviation Administration and the National Transportation Safety Board.

Last year, Estes Park was wedged between the two largest fires in state history — the East Troublesome Fire and the Cameron Peak Fire — but a snowstorm in October 2020 halted the flames in their tracks.