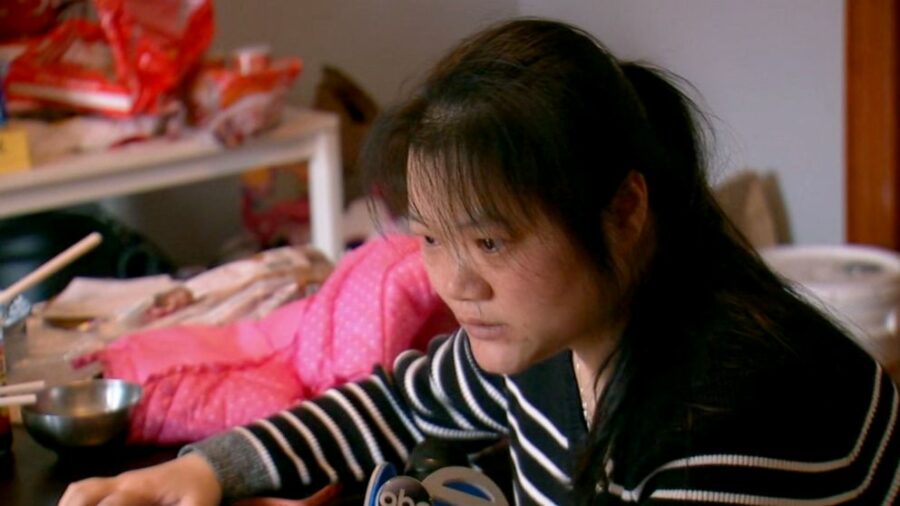 (NEW YORK) — Police in New York City are investigating the shooting death of a Chinese food delivery worker, who was shot in the chest on Saturday while riding his scooter in the neighborhood of Forest Hills in Queens.

Zhiwen Yan, 45, worked at a Chinese restaurant in Queens called The Great Wall for more than a decade and had three jobs to support his family, ABC’s New York station WABC reported.

Yan’s wife, Kunying Zhao, spoke out in an emotional interview with WABC over the weekend and urged police to find her husband’s killer.

America has a gun violence problem. What do we do about it?
“Somebody, somebody killed my husband, catch him, catch him,” she said as she broke down in tears. The couple have a young daughter.

Upon arriving on the scene, police found Yan unconscious and unresponsive, and he was transported by an Emergency Medical Services vehicle to the NYC Health + Hospitals in Elmhurst, where he was pronounced dead.

The motive for the shooting is unclear, and no arrests have been made, police told ABC News.

Queens Borough President Donovan Richards said his office is in touch with the NYPD to ensure that Yan’s family gets justice.

“No family deserves to experience the grief that Zhiwen Yan’s family is feeling this morning. Our thoughts are with them and everyone in [Forest Hills] who loved him,” he tweeted Monday.

“Delivery workers should not be seen as faceless or expendable, but deserving of life – long, full, happy life,” Won wrote in a series of tweets on Monday. “Delivery workers sit at the center of failed immigration, labor, transportation, and public safety systems that force a father like Yan Zhiwen to work 7 days a week, put his body and life on the line, and still live paycheck to paycheck.”

Mourning the loss of Yan Zhiwen who was shot last night. Delivery workers should not be seen as faceless or expendable, but deserving of life – long, full, happy life. (1/2)

Yan’s death comes amid a spate of attacks targeting Asian Americans in New York City and across the nation.

Asked if Yan’s killing was targeted, a spokesperson told ABC News on Monday that the investigation is ongoing.

The shooting also comes as New York City Mayor Eric Adams grapples with a surge in violent crime — an issue that the new mayor highlighted in his first state of the city address on April 26.

Adams also met with top NYPD brass on Saturday to discuss strategies to crackdown on the rise in major crime.

Adams rolled out the “Blueprint to End Gun Violence” — a plan that lays out policy proposals to address the crisis — in January.

Asked about the rise in major crime, Adams told ABC News Live’s “GMA3” on April 25 that addressing the problem is “my responsibility.”

“I believe, as I stated, public safety and justice, they are the prerequisite to prosperity. And I’m the mayor of the City of New York. I must have a safe city in order to turn around our economy and to make people feel safe about their city,” Adams told ABC News anchor T.J. Holmes. “But we do need help. I say this over and over again. There are many rivers that feed the sea of violence.”

Adams told WABC in February that part of his plan to tackle gun violence is cracking down on “illegal gun dealers that are flowing into our cities.” He also announced a new anti-gun unit through officers from the Bureau of Alcohol, Tobacco, Firearms and Explosives.

President Joe Biden visited New York City in February, where he met with Adams and pledged federal support to target gun traffickers and crack down on ghost guns.