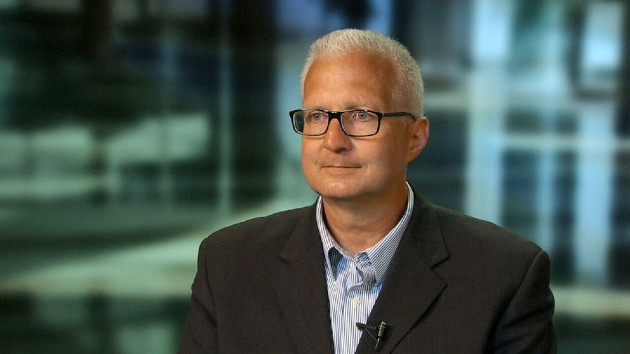 (NEW YORK) — For many, the images of former U.S. Marine Trevor Reed sitting beside his parents for his first television interviews after 985 days in Russian detention are a heartwarming scene of reunion — a happy ending to a harrowing ordeal.

But for David Whelan, whose twin brother Paul is still in the Kremlin’s custody, they evoke more complicated feelings.

“Disappointed,” he said during an interview with ABC News. “Obviously we are thrilled to see Trevor home. But we keep going back to the same question: Why was Paul left behind?”

Paul Whelan, 52, is also a former U.S. Marine. While visiting Moscow to attend a wedding in December 2018, he was arrested and accused of espionage — a charge he and American officials deny. He was convicted in 2020, and sentenced to 16 years in a Russian prison camp.

Reed was seized a year after Whelan, and held on what officials have also called trumped-up charges. But this April, American officials were able to orchestrate a prisoner swap, securing Reed’s freedom in exchange for the release of Konstantin Yaroshenko, a Russian national sentenced to 20 years behind bars in 2011 for conspiring to smuggle drugs into the U.S.

David Whelan says that to his knowledge, his brother was never part of these negotiations.

“Mr. Yaroshenko was a concession the Russian government had asked for the entire time Paul was there. So, if the U.S. was willing to make that concession, why wasn’t Paul included in that deal?” he asked.

Reed also questioned why Whelan wasn’t part of the swap that brought him back to American soil.

“I thought when I found out that it was an exchange that was happening, that they had probably exchanged Paul Whelan as well. And I expected him to be coming home with me. And he– he didn’t,” he told ABC’s Patrick Reevell.

“I thought that that was wrong, that they got me out and not Paul,” Reed said through tears.

The Whelan family has also expressed vexation over what they say is the government’s slow-moving approach to Paul’s case. David says a State Department official told the family they needed to “make more noise” to draw attention to his plight.

“It’s very frustrating to hear as a family member that we aren’t doing enough. We aren’t the decision makers here,” David said, his voice thick with emotion. “It’s offensive.”

David and his sister Elizabeth have put their lives on hold to advocate for their bother. Families of hostages are also typically encouraged to keep a low profile for fear of increasing the prisoner’s value to a foreign entity and jeopardizing negotiations.

“The family of a wrongful detainee shouldn’t be bearing the burden of persuading American government officials to act to secure the release of an American citizen wrongfully detained,” David said in a statement last week.

ABC News asked State Department spokesperson Ned Price about the guidance given to the Whelan family.

“We remain in regular contact with the families of those held hostage or wrongfully detained. We are absolutely grateful for their partnership and feedback and we continue to work to ensure that we’re communicating and sharing information in a way that is useful to families,” Price responded.

But David Whelan says that so far, they haven’t seen evidence of that.

“As Paul’s twin brother, I would be willing for the U.S. to do anything to bring Paul home,” he said. “Every day that we spend without Paul is a day my parents won’t have with him. And they don’t have many days left.”

David says he understands the administration must weigh other factors in lining up a trade. Russia has suggested exchanging Victor Bout, a Soviet Union-born arms trafficker behind bars in Illinois for Whelan and WNBA star Brittney Griner, who was detained by Russia in February for allegedly possessing vape cartridges in her luggage that contained hashish oil.

Reed says it’s a deal the U.S. should make.