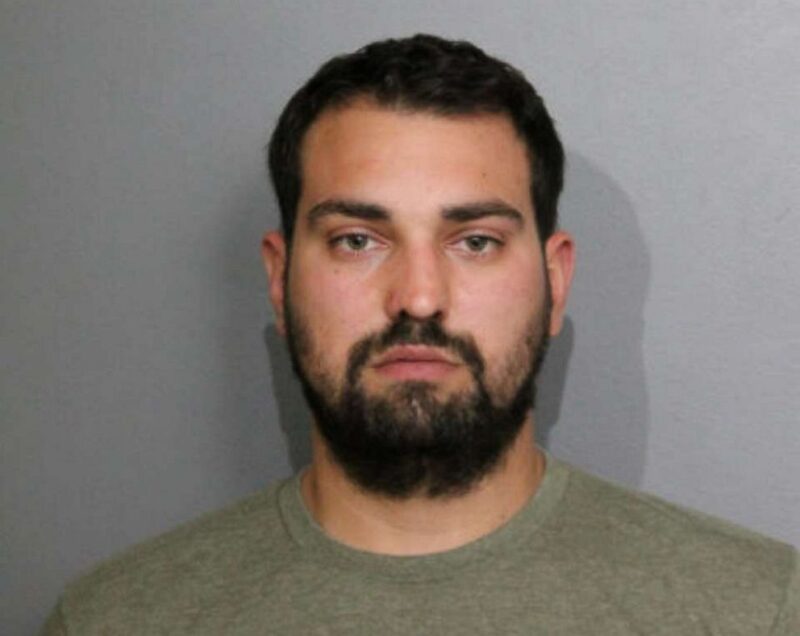 (CHICAGO) — The Iowa man arrested after a cleaning service worker discovered firearms and ammunition in his hotel room overlooking Fourth of July activities in downtown Chicago has been released after posting bail.

Keegan Casteel, 32, of Ankeny, Iowa, was arrested Sunday and charged with two felony counts of aggravated unlawful use of a weapon.

Officials haven’t yet said why they believe Casteel may have brought the guns to Chicago.

In a bizarre twist, after posting $1,000 bond and being released from jail Wednesday, Casteel proposed to his girlfriend outside a police station, Chicago ABC station WLS reported.

Casteel had one loaded semi-automatic rifle, equipped with a forward grip assist and a high-powered laser attachment, with a live round in the chamber, as well as a .45-caliber semi-automatic handgun and four additional loaded magazines, the Office of the Cook County State’s Attorney told ABC News.

Brown said after the discovery of the weapons, Casteel was interviewed by the Chicago Police Department’s Joint Terrorism Task Force and arrested without incident. WLS reported that Casteel’s girlfriend was also in the room.

Brown said Tuesday the incident is “obviously very concerning, considering the position of the W Hotel to Navy Pier,” a major tourist attraction.

Mayor Lori Lightfoot said in a press conference Tuesday she believes there was “something more nefarious” in Casteel’s taking a rifle with a scope across state lines.

His hotel room overlooked Ohio Street Beach and the lakefront, which was crowded for Fourth of July festivities at the time.

Casteel has an Iowa gun permit, prosecutors said. He did not have a Firearms Owner Identification Card in Illinois, which is required to have a gun in the state, Brown said Tuesday. Police confiscated the weapons.

Brown said Tuesday that Casteel does not have a criminal record, however a review of court records shows Casteel has been arrested several times in Iowa.

His most recent arrest was in September 2019 for failure to provide proof of financial liability, which was dropped a month later. He was arrested on the same charge in July 2019 and found guilty. He also was arrested in 2012 for operating a vehicle while intoxicated.