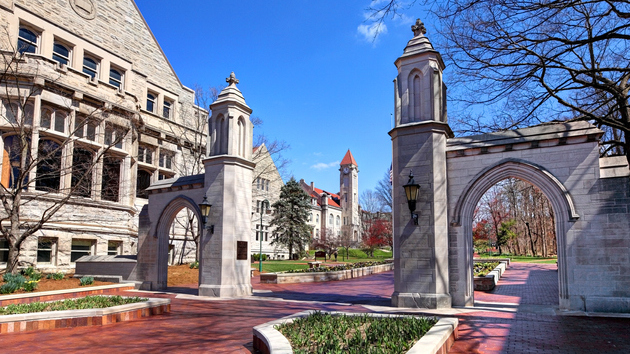 A federal judge rejected a request from students to block Indiana University’s vaccine mandate this week, clearing the way for the school to require students to get the COVID-19 shot to attend class.

The ruling may set a precedent for future cases about COVID-19 vaccine mandates at universities, according to Eric Feldman, a professor of medical ethics and health policy at the University of Pennsylvania Carey Law School, though he cautioned against generalizing too much from the case at hand.

“We’ve got a Trump-appointed judge in a relatively conservative district, dealing with an issue that I think will be a variety of courts,” Feldman said. “My guess is we’re going to see other opinions that track this opinion.”

The lawsuit alleged that the university violated students’ rights as well as Indiana’s recently passed vaccine passport law, which prohibits state and local governments from creating or requiring vaccine passports. In the lawsuit, the students claimed they were being coerced into vaccination and that if they did not comply, they would face “the threat of virtual expulsion from school.”

In June, school administrators announced that students would have to verify their vaccination status with the school unless they applied for a medical or religious exemption. Those without exemptions could have their class schedules canceled, their student IDs deactivated and wouldn’t be allowed to participate in on-campus activities, according to the lawsuit.

“This certainly impacts the public interest,” said U.S. District Judge Damon Leichty, who was nominated to the United States District Court for the Northern District of Indiana by President Donald Trump in 2018. However, “the students ‘are not asking to be allowed to make a self-contained choice to risk only their own health’ in making this decision — their decision necessarily bears on the health of other students, faculty, and staff,” the South Bend judge added.

“The balance of harms doesn’t weigh in the students’ favor here.”

Contrary to the students’ claim that they were being forced into unwanted medical treatment, the judge said students could choose from alternatives, including getting a vaccine, applying for a religious or medical exemption, applying for a medical deferral, taking a semester off, going to another school or taking online courses.

“That leaves the students with multiple choices, not just forced vaccination,” Leichty said.

Feldman pointed to Jacobson v. Commonwealth of Massachusetts, a 1905 Supreme Court decision that found public entities have the right to impose vaccine mandates to protect the public’s health. “One would expect based upon Jacobson and many, many cases that have followed, that courts are more likely to support the mandate than to find against it,” Feldman said.

Feldman described the ruling as “awfully detailed and thoughtful” but pushed back on Leichty’s assertion that the constitutionality of vaccine mandates at universities is a novel question. While COVID-19 vaccines are new, universities have long mandated other vaccines for students who attend, Feldman explained. “What arguably makes the COVID-19 vaccine mandate unique is that the vaccines were approved under emergency use authorization, but full approval is inevitable, so that distinction will soon be moot,” he said.

Chuck Carney, a university spokesperson, told ABC News that “when the case was filed, we felt confident in the outcome that we would prevail.” He added, “we appreciate the quick and thorough ruling, which allows us to focus on a full and safe return. We look forward to welcoming everyone to our campuses for the fall semester.”

Indiana lags slightly behind the national average in vaccinations. As of Monday, 46% of residents had received at least one dose, and 44% were fully vaccinated, according to the Centers for Disease Control and Prevention. By comparison, 57% of Americans have gotten at least one shot, and 49% are fully vaccinated.

2023 ‘Doomsday Clock’ announcement: What to know and expect