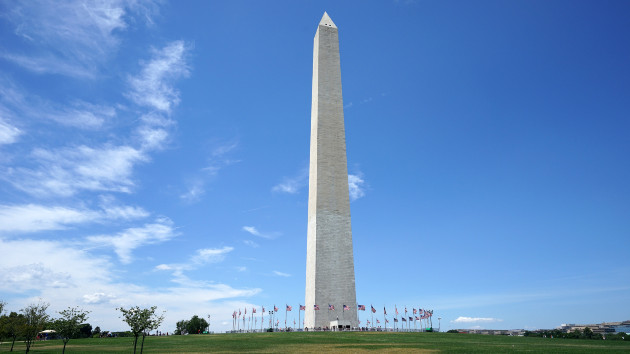 (WASHINGTON) — The Washington Monument has been temporarily closed after a man vandalized the national landmark with profanities and red paint.

The incident occurred on Tuesday evening when the unnamed male suspect splashed the base of the historical monument with red paint and wrote an obscene message across the side of the structure.

It is currently unclear what the motivation behind the vandalism was or if the message scrawled on the base of the monument was targeting anybody specific.

Authorities did not say how long the restoration process would take or how long the tourist attraction is expected to be closed to the public.

The investigation is currently ongoing and authorities will not be releasing any more information at this time.

The Washington Monument, completed in 1884, stands at 555 feet tall and was once the tallest structure in the world from 1884 to 1889 before it was overtaken in height by the Eiffel Tower in Paris. The historical obelisk is named after the first president of the United States and attracts over 600,000 visitors a year.