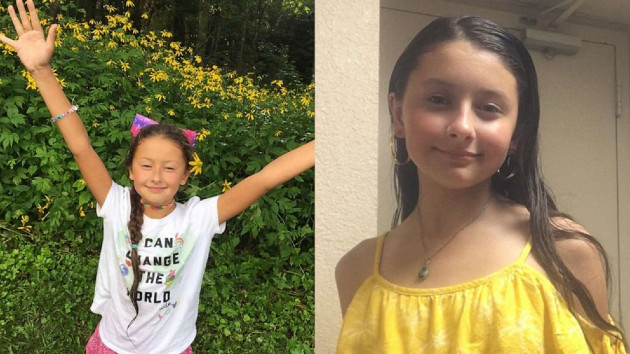 (CORNELIUS, N.C.) — Investigators searching for missing 11-year-old Madalina Cojocari released a video on Tuesday showing the girl getting off a school bus on Nov. 21, two days before her mother said she last saw her.

Cojocari was last seen at home in Cornelius, North Carolina, on Nov. 23, about three weeks before her school was notified on Dec. 15, according to law enforcement officials.

The surveillance video released on Tuesday shows the 11-year-old getting off the bus at 4:59 p.m. on Nov. 21, investigators said.

“This is the last time investigators have independent confirmation of when Madalina was last seen,” the FBI’s Charlotte bureau said on Twitter, adding, “We are seeking additional witnesses outside of the family to narrow down the exact timeline of when she disappeared.”

Cojocari wears a light-colored shirt and a dark backpack in the video, which is about 19 seconds long.

This is the last time investigators have independent confirmation of when Madalina was last seen. She got off the bus on 11-21-22, at 4:59 p.m. We are seeking additional witnesses outside of the family to narrow down the exact timeline of when she disappeared. #FindMadalina pic.twitter.com/dkStKHmjjB

The girl’s mother, Diana Cojocari, 37, and stepfather, Christopher Palmiter, 60, were arrested on Saturday on the charge of failure to report the disappearance of a child to law enforcement, police said in two statements.

Diana Cojocari reported her daughter missing to her school on Dec. 15, police said.

“As previously released, Charlotte-Mecklenburg School employees contacted Diana Cojocari on several occasions to inquire about Madalina being absent from school,” the Cornelius Police Department said in a press release on Tuesday.

The school made “repeated contact” with Diana Cojocari before she “went to Bailey Middle School on December 15, 2022, and reported to the School Resource Officer” that Madalina was missing, police said on Tuesday.