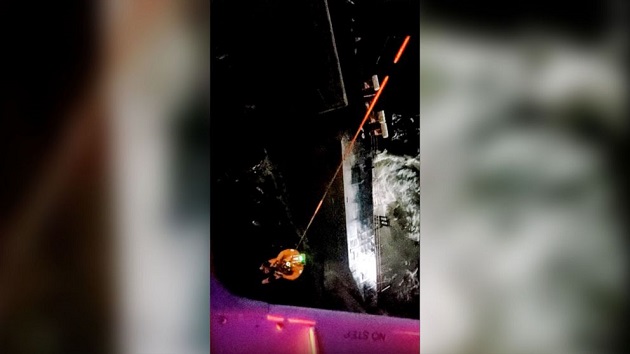 (NEW YORK) — The Coast Guard has released a video that shows a nail-biting race to save lives aboard the tragic Seacor Power — an oil industry boat that capsized off the Louisiana coast in April, killing 13 people.

The video shows a rescue worker suspended from a helicopter searching for survivors in murky and turbulent waters. Towering waves batter the vessel, flooding the boat’s deck.

Three men desperately held onto the side of the 175-foot-long boat during the rescue effort, NOLA reported, with one of the three men describing his harrowing rescue.

“When we first got on scene, I remember them right there waving,” the helicopter’s pilot, Jim Peters told NOLA.

As of Aug. 1, the Coast Guard and the National Transportation Safety Board are convening in a series of daily public hearings, expected to last through Aug. 13.