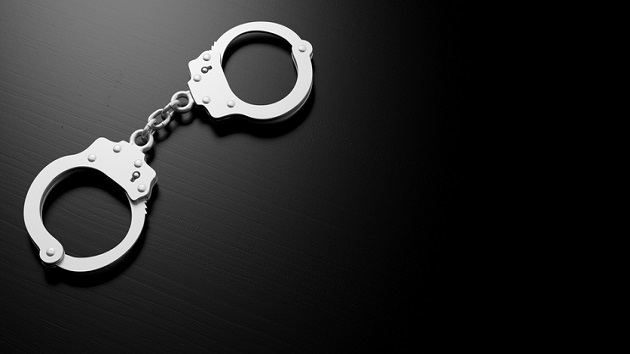 (Orangeburg, S.C.) — A Black man who was allegedly assaulted by an Orangeburg, South Carolina, police officer last month spoke out for the first time Tuesday.

Clips of police body camera footage obtained and released by the man’s lawyer allegedly show former officer David Lance Dukes stomping on the neck and head of Clarence Gailyard, 58, during an arrest.

The encounter occurred on July 26, when Dukes responded to a 911 call of a man carrying a firearm, his lawyer, Justin Bamberg, said at a press conference Tuesday. An eight-second video shows Dukes running toward Gailyard, forcing him to the ground, handcuffing him and searching his pockets.

Police did not find a gun at the scene, according to Bamberg.

“When officer David Dukes goes and stomps on the back of Mr. Clarence’s head as he lay on the ground completely defenseless, the attitude that he shows is a reflection of the leadership,” Bamberg said, demanding the release of the full police body camera footage. “And what we see is bad policing and unacceptable policing.”

Dukes was fired from the police department after review from the South Carolina Law Enforcement Division’s Use of Force Committee.

He was taken into custody on July 31 and charged with first-degree assault and battery.

Gailyard told reporters that he is still shaken by the incident and is now hoping to see change.

“Every time I look in the mirror and see the scar on my face, it is not OK,” Gailyard said. “I’m still in pain. I hope the pain goes away, but I don’t think the pain is going away right now.”

Gailyard suffered a head injury and bloody knot on his forehead, he said, and was taken to the hospital following the incident.

Gailyard and Bamberg commended a female officer at the scene, who reported Dukes’ alleged actions to the sergeant on duty after witnessing his use of force at the time of the arrest.

“In reality, if a person were to walk up to a defenseless dog and stomp on the dog in that fashion, video of that would go viral — have millions of views and people across the planet would be saying the citizen who stomped on that dog deserves to go to prison. But it wasn’t a dog that got stomped on, it was a living, breathing human being,” Bamberg said.

Demario Julian, Gailyard’s cousin, who spoke at the press conference, told reporters he and Gailyard were walking home as the officers arrived at the scene.

“Dukes jumped out his car with his gun drawn and I’m looking down the barrel of the gun, that’s basically what happened,” Julian said.

“This is not a David Dukes problem, this is a city of Orangeburg problem,” Bamberg said. “This is an Orangeburg Department of Public Safety problem. Attitude reflects leadership.”

Mike Adams, chief of the Orangeburg Department of Public Safety, spoke at a separate press conference in response to the incident and the release of body camera footage. Adams said Dukes’ actions were “outside the scope of our use of force policy.”

Dukes has not responded to ABC News’ request for comment. Duke’s attorney, John Louden Furse, told ABC News he did not want comment on the case.