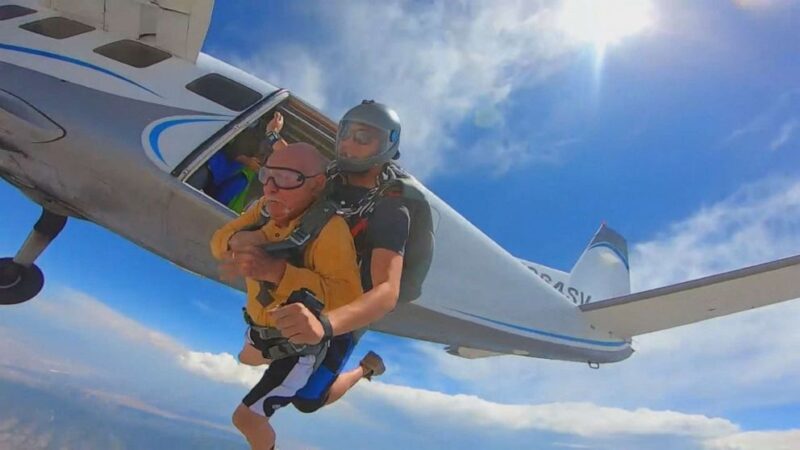 On his 90th birthday, Jaramillo jumped from a plane at 14,000 feet on Saturday in Erda, Utah.

Jaramillo said that when he had served as an Army private first class in the Korean War, he wanted to enlist in the Army’s 101st Airborne and jump from planes.

He said he didn’t make the cut due to his weight.

Jaramillo would go on to serve for five years with the 1st Cavalry Division. He earned a Purple Heart after he was hit in the arm with shrapnel while helping save five fellow servicemen from a foxhole, his family said.

Even after the war had ended, he said he always envied the 101st Airborne and decided that it was time to do something about it.

“I’m so excited to jump,” Jaramillo said from the plane. “I’m going to holler all the way.”

Equipped with a professional skydiver and his family’s support, Jaramillo finally took the leap.

He told “World News Tonight” on Tuesday that he had waited 70 years for that moment and would happily do it all over again.

“I’ve been thinking about diving out of a plane all these years … and finally I got it over with!” said Jaramillo. “It was so peaceful.”