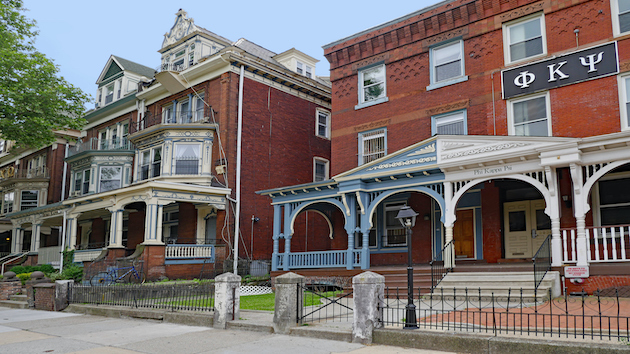 Oakes’ cause of death was “ethanol toxicity” and the manner of death was ruled an “accident,” Arkuie Williams with the Virginia’s Office of the Chief Medical Examiner told ABC News.

The 19-year-old, of Loudoun County, was found unresponsive the morning of Feb. 27 at an off-campus residence near the university, the Richmond Police Department said. His family alleges Oakes was the victim of an alcohol-fueled fatal hazing incident.

Oakes’ cousin, Courtney White, previously told ABC News that the teen had rushed the university’s Delta Chi fraternity, and this weekend was the night of his “big little reveal.” His family said the night before he died, Oakes was told to drink a handle of Jack Daniels whiskey, which contains about 40 shots, the Richmond Times-Dispatch reported.

His blood-alcohol concentration level has not been disclosed.

Richmond and VCU police are investigating the incident, and no criminal charges have been filed so far in his death.

A spokesperson for VCU told ABC News that the school has not yet received the medical examiner’s report, but it will be included in the Richmond Police Department’s investigation.

“Last month, VCU initiated disciplinary proceedings against the Delta Chi fraternity based on multiple reports and allegations of violations of university policies and directives in the hours before the death of VCU student Adam Oakes,” spokesperson Corey Byers said. “The results of that process are expected this summer.”

White told ABC News the results of the medical examiner’s report felt like “ripping a Band-Aid off an open wound.”

“Even though the results are unsurprising, it does not make it any easier to hear. However, we now have the scientific evidence needed to confirm his death was caused by hazing, specifically the excessive amounts of alcohol the fraternity supplied and pressured him to drink that night at the Delta Chi Big/Little event,” she said in a statement.

“We ask that you not forget my cousin was a 19-year-old kid looking for acceptance and friends … He had a bright future ahead with dreams of his own,” White added. “Those dreams will never be fulfilled because of one night, one group of boys and one fraternity tradition — but also because of a Greek system that regularly used hazing to control and coerce teenagers, endangering them and, in too many cases, ending in their death.”

The national Delta Chi fraternity released a statement in wake of Oakes’ death, saying, “We were devastated to learn of the death of a student at Virginia Commonwealth University and extend our condolences to the family, friends and everyone touched by this heart-breaking news. The health and safety of our chapter communities is always a top priority for the Delta Chi Fraternity, which suspended the VCU chapter after learning of the incident.”