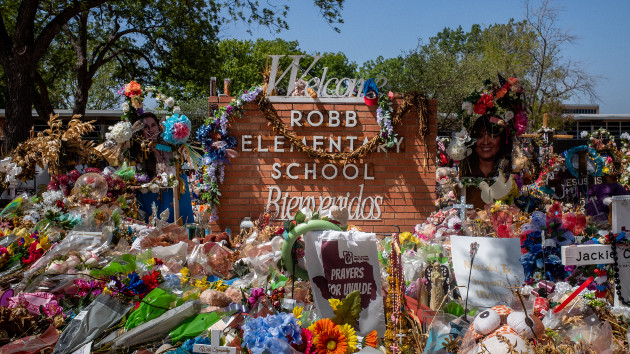 (UVALDE, Texas) — In a surprise move, Hal Harrell, the superintendent of the Uvalde Consolidated Independent School District, officially retired Wednesday night during a school board meeting. An interim replacement was named as a search for a new district chief continues.

Harrell, a 30-year employee of the school district, stunned the small grieving community two weeks ago when he announced he would retire but said “no defined timelines” had been set.

In a Facebook post shared by Harrell’s wife earlier this month, he wrote: “I will remain here throughout the school year until a new superintendent can be named.”

“My decision to retire has not been made lightly,” he wrote. “My heart was broken on May 24th and I will always and [sic] pray for each precious life that was tragically taken as well as their families.”

Harrell — along with other school officials and local law enforcement — has faced intense scrutiny over the handling of the May 24 massacre at Robb Elementary School, where a gunman killed 19 students and two teachers in one of the deadliest school shootings in U.S. history.

Nearly 400 law enforcement officers rushed to the scene, but “egregiously poor decision-making” resulted in allowing the 18-year-old shooter to remain active inside a classroom for more than 70 minutes before he was finally confronted and killed, according to a damning investigative report released by Texas lawmakers in July.

The Uvalde native announced his departure from the district on the same day that the district reassigned all five UCISD police officers who were on the scene of the shooting from campus security duties, pending an independent review by a private investigation firm out of Austin.

The district-wide statement said that the UCISD administration will “suspend all activities of the Uvalde CISD Police Department for a period of time.”

The series of announcements came after 11 continuous days of a sit-in protest at the UCISD administration building staged by families of the victims, and after news broke that UCISD police hired Crimson Elízondo, who is currently suspended from the Texas Department of Public Safety for her response at Robb Elementary on May 24.

Harrell began working for the district in 1992 as a special education teacher, the same year that his father, John Hal Harrell, was promoted to Uvalde superintendent.

The younger Harrell worked his way up to principal at Uvalde High School and was appointed unanimously by the Board of Trustees as superintendent in October 2018, following in his father’s footsteps.

The elder Harrell, who died in August 2020, was known to many as “Mr. Uvalde” and served at various points as a two-term city council member, mayor of Uvalde, UCISD superintendent and Uvalde city manager.

In 2014, UCISD even renamed the John H. Harrell High School Auditorium, both Harrells’ alma mater, in his honor.

Walsh Gallegos, an education-focused law firm, was hired by the school board to search for the retiree’s replacement.