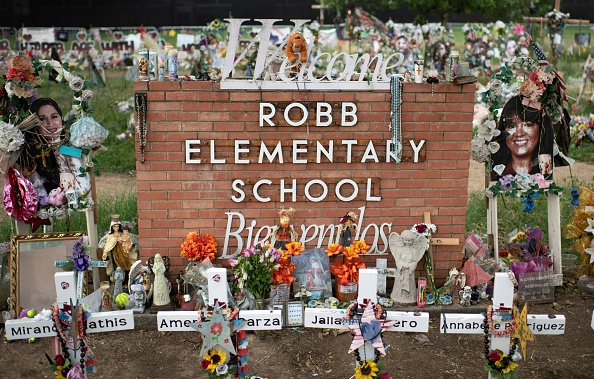 (UVALDE, Texas) — The Uvalde school district foundation tasked with building a school to replace Robb Elementary announced its proposal Monday to build a new $50 million school two miles from the site of the massacre that took 21 lives this past May.

“This was a really emotional experience for me, and I think many of the other committee members,” Natalia Arias, co-chair of the community advisory committee for the project, said Monday night during a presentation of the proposal. “We had to really think hard about what types of people needed to feel the safest and the most proud of the space.”

The proposal for the new school includes 39 classrooms across three grade levels, three science and technology rooms, two art rooms and 14 special education classrooms. The proposed site is next to Flores Elementary, an existing pre-K through first-grade school.

The proposal will be presented to the school board for approval Wednesday, when community members can share their opinions. Approximately 50 people attended the presentation Monday, including some school board members and the interim superintendent, Gary Patterson.

The group has not proposed a name for the new school, instead saying that process will take more time. The current Robb Elementary School building will be demolished, but plans to redevelop the site have yet to be released.

“The committee recognizes that not keeping the school at its current location could create a void in the local neighborhood,” Eulalio “Lalo” Diaz, a committee representative, said. “The redevelopment of the Robb site has to be thoughtful and include the wide range of stakeholders necessary to get that right.”

Robb Elementary School has a history before the May shooting. In 1970, it was involved in one of the largest demonstrations in the Chicano rights movement: a walkout protesting the firing of a beloved teacher. That history wasn’t mentioned during the proposal presentation Monday, but a spokesperson for the Charles Butt Foundation acknowledged that the activism history at Robb Elementary is something the committee has been considering.

Arias said they are working on creating “a campus that reflects the richness of the community’s culture.”

Huckabee Architects, the architecture firm that has donated a value of $8 million of their labor to the project plans, to break ground on the school in June 2023. The school will be finished in October 2024, according to the project principal, Jeff Rodriguez.

The school will be funded by donations. According to the foundation’s executive director, Tim Miller, they have secured $18 million in donations so far. This includes $10 million from the Charles Butt Foundation, the philanthropic organization of the CEO of the popular Texas supermarket chain HEB.

The prevalence of bailouts — high-speed car chases between law enforcement and immigrants crossing the border — was considered in the school’s location and design, according to the presentation. The frequency of bailouts fed a diminished sense of urgency when responding to the scene during the shooting, according to the Texas investigative report in the wake of the mass shooting.

The new school will be informed by this past but provide hope for the future, too, said committee member Bryan Perez.

“I was very cautious on, are we going to be able to embrace all the different aspects of reflecting why we’re here but also being able to move forward?” Perez said. “Knowing that we’re going to be working on creating a facility for our community that’s gonna last for nearly a century.”

Uvalde:365 is a continuing ABC News series reported from Uvalde and focused on the Texas community and how it forges on in the shadow of tragedy.