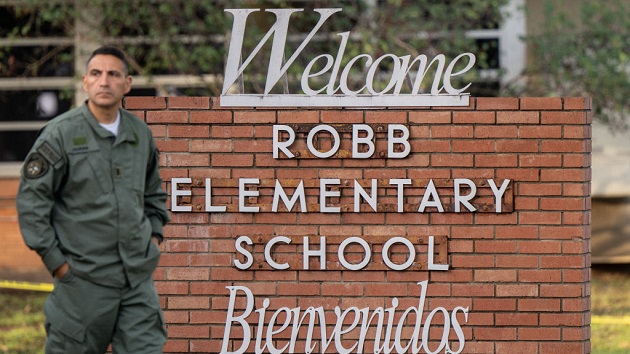 (UVALDE, Texas) — Lawmakers in Texas on Sunday unveiled the first detailed investigative report into the May 24 mass shooting at Robb Elementary School, laying out the lapses in preparation, training and judgment in connection with one of the deadliest school shootings in U.S. history.

Their report, which painted the most complete portrait to date of the massacre, described a series of “shortcomings and failures of the Uvalde Consolidated Independent School District and of various agencies and officers of law enforcement.”

Members of a special committee of the Texas state legislature met Sunday with family members of the victims to present their findings and field questions from a community still seeking answers nearly two months after a gunman killed 19 students and two teachers.

Family members of the victims say the anguish of losing their loved ones has been compounded by a failure on the part of state and local leaders to articulate what took police officers nearly 77 minutes to confront and kill the 18-year-old gunman.

Senior law enforcement and elected officials have repeatedly shared misleading or contradictory information about the police response, testing the community’s faith in leadership. Texas Gov. Greg Abbott said he had been “misled” by authorities after conveying inaccurate information to the public days after the shooting — a blunder that he said left him “livid.”

In those first hours, officials painted a picture of heroism and fast action by police — but in the days and weeks since, that portrait has been turned on its head.

“There are people who deserve answers the most, and those are the families whose lives have been destroyed,” Abbott said. “They need answers that are accurate, and it is inexcusable that they may have suffered from any inaccurate information whatsoever.”

Last month, at a hearing before a state Senate panel, Texas Department of Public Safety Director Steven McCraw called the police response an “abject failure” and claimed that enough officers and equipment arrived on the scene within three minutes to “neutralize” the shooter.

Surveillance video of the shooting obtained and published last week by ABC affiliate KVUE and the Austin-American Statesman showed dozens of officers congregating outside the adjoined classrooms where the gunman had fired indiscriminately on students and teachers.

Lawmakers had planned to release the surveillance video on Sunday after meeting with the families, but were preempted earlier this week when media outlets broadcast the footage — enraging some family members of the victims, who said they felt blindsided by how things were handled.

During his testimony last month, McCraw reserved his harshest criticism for Uvalde ISD Police Chief Pete Arredondo, who he accused of “[deciding] to place the lives of officers before the lives of children.” Arredondo, who has not responded to multiple interview requests from ABC News, told the Texas Tribune last month that he did not know he was the on-scene commander during the shooting.