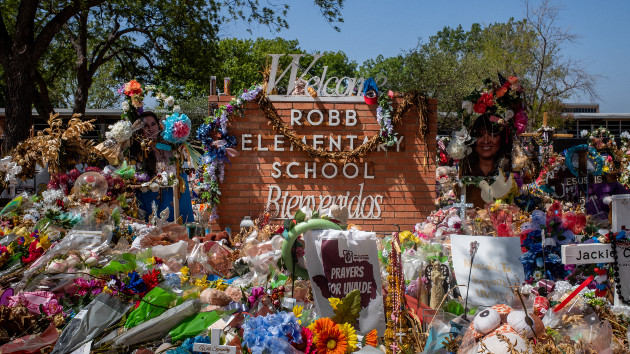 “If you’re a man of your word, you’ll resign,” Cross said before he read the names of the 19 children and two teachers who were killed.

Jesse Rizo, uncle of 9-year-old victim Jackie Cazares, said at the hearing that the aftermath of the shooting was “unacceptable” and was “adding insult to injury.”

“Mr. McCraw, you have all the resources in the world,” he said. “Yet you come out, your staff comes out, [providing] misinformation after misinformation. And it continues to happen.”

“You basically lit a match and set the town on fire,” he said.

“All we want are answers and full transparency,” he said. “Take urgency and responsibility and tell us where you and your departments are on the investigation and how soon we’ll have a complete report.”

Kimberley Rubio, whose 10-year-old daughter, Lexi, was killed in the massacre, told ABC News Thursday morning that she’s attending the hearing to support another parent who is speaking and to push for McCraw to resign.

“DPS officers failed Uvalde students and teachers and our community,” Rubio said. “He is the leader, and sometimes when those below you fail, you have to take responsibility for that.”

The massacre “shattered” Texans’ “illusion” that they could trust law enforcement, Gutierrez said at the hearing.

“These children waited 77 minutes” for help, he said. “Children trapped in a classroom had the courage to seek help by calling 911 over and over again. Law enforcement knew there were kids inside.”

He went on, “We’ll never know how many children could have been saved.”

Gutierrez said the parents of the Uvalde victims “wake up every day from a dream thinking life’s OK. A minute later knowing that they’re living in this horrible reality.”

McCraw is expected to give an update on the shooting probe and the DPS’s internal investigation at Thursday’s meeting. This marks the first public update since mid-July.

Nineteen children and two teachers were shot and killed with an AR-15-style rifle in the May 24 massacre. Nearly 400 officers rushed to the school, but didn’t go into the classroom where the gunman was confined with his victims until over an hour later.

That slow response has led to a wide chorus of criticism for the responders. The school district’s police chief was fired, as was one of the first Texas state troopers to arrive at the scene. A second trooper who left DPS to work for the Uvalde school system has since been terminated by the district.