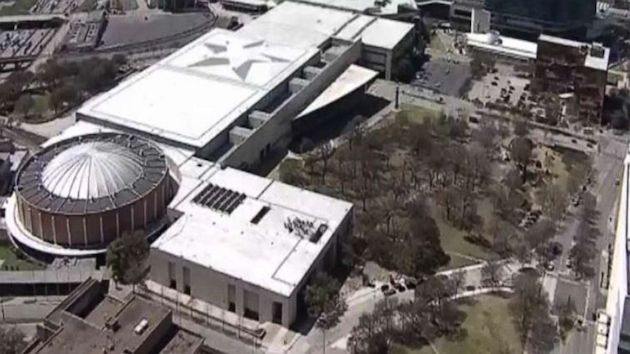 (DALLAS) — The Kay Bailey Hutchison Convention Center in Dallas is expected to be used to house up to 3,000 immigrant male teenagers coming across the U.S.-Mexico border for up to 90 days, according to sources briefed on the plans and a memo obtained by ABC News.

“This center will be a temporary shelter for unaccompanied children (Males 15-17 [years of age]) that have crossed into the US from the border in the Rio Grande Valley area,” the internal memo said.

The memo was sent to members of the Dallas City Council by the Dallas Office of Emergency Management.

The memo states the contract is in the process of being finalized and FEMA and the United States Department of Health and Human Services want to begin the operation as soon as this week.

The federal agencies conducted walk-throughs of the facility over the weekend, according to the notification.

“FEMA/HHS intends to operate a federally supported decompression shelter a KBHCC for up to 90 days,” the notification said.

The memo said the 3,000 teens will be housed “while plans for more permanent sheltering or connection to sponsor families can be arranged.”

A spokesperson for FEMA, which was recently brought in to help with the overcrowding at the border, told ABC News that the agency is doing everything they can to help.

“FEMA is actively engaged with HHS to quickly expand capacity for safe and appropriate shelter, and to provide food, water and basic medical care,” the spokesperson told ABC News.

T.C. Broadnax, the Dallas city manager, told ABC News in a statement that they are committed to working with the federal government to accommodate the request.

“Collective action is necessary and we will do our best to support this humanitarian effort. Moving forward all questions should be directed to the U.S. Department of Health and Human Services,” he said in his statement.

As of this weekend, there are 4,276 children in U.S. Customs and Border Patrol custody, sources told ABC News, pointing out that it seems to be a record number.