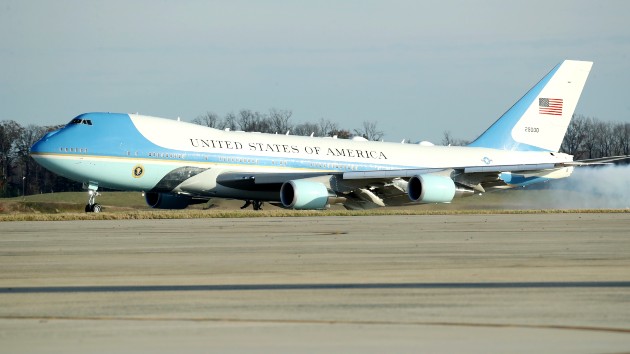 (WASHINGTON) — The U.S. Air Force is investigating an incident of an intruder at Joint Base Andrews, a military facility in Maryland’s Prince George’s County that houses Air Force One, the aircraft that carries the president.

The OSI did not immediately respond to ABC News’ request for comment and additional details.

It’s unclear when the incident occurred or whether the individual was able to reach any aircraft on the flight line.

Joint Base Andrews is located about 14 miles southeast of Washington, D.C.

U.S. President Joe Biden is expected to depart Joint Base Andrews on Friday evening en route to Wilmington, Delaware, according to a schedule released by the White House on Thursday night.

“Technically, ‘Air Force One’ is used to designate any Air Force aircraft carrying the President, but it is now standard practice to use the term to refer to specific planes that are equipped to transport the Commander-in-Chief,” the White House states on its website. “Today, this name refers to one of two highly customized Boeing 747-200B series aircraft, which carry the tail codes 28000 and 29000. The Air Force designation for the aircraft is VC-25A.”