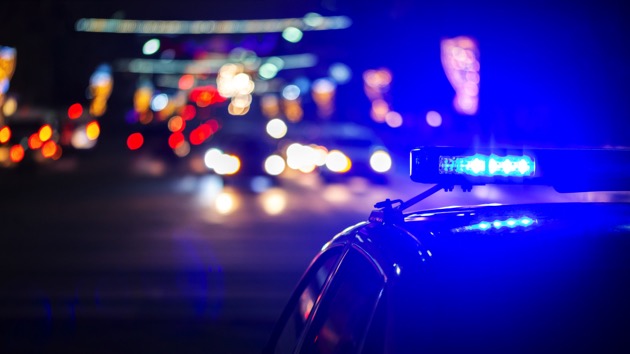 (SANTA ANA, Calif.) — The California Department of Justice is investigating the fatal shooting of an unarmed Latino who police said they considered a suspect and whose family said was experiencing a mental health crisis during an hours-long standoff in Santa Ana, California.

“We’re investigating the case in line with the requirements of AB 1506,” the Department of Justice said in an email to ABC News. “Generally speaking, AB 1506 requires our office to investigate all incidents of an officer-involved shooting resulting in the death of an unarmed civilian in the state.”

The Anaheim Police Department said that on Sept. 28 Brandon Lopez, 34, was seen driving a stolen vehicle around 5 p.m. local time. When police attempted a traffic stop, Lopez fled toward Santa Ana. The vehicle became stuck in gravel on a street that was under construction, and officers with the Santa Ana Police Department soon arrived and spent several hours trying to convince Lopez to exit the vehicle. According to Anaheim PD, once the Anaheim SWAT team showed up, they relieved the SAPD from handling the incident.

Santa Ana Councilman Johnathan Hernandez, a cousin of Lopez, said in a telephone interview that the vehicle in question belonged to Lopez’s girlfriend, who reported it stolen after the couple had an argument. According to Hernandez, she arrived at the scene in Santa Ana once the vehicle became stuck, and she remained there with Lopez’s children and parents through the entire standoff, including when Lopez was fatally shot.

“We were all very much questioning, like, ‘What are these guys gonna do?"” Hernandez said.

Around 10 p.m., the Anaheim Police Department SWAT team deployed chemical agents to force Lopez out, and the shooting happened after he exited the vehicle, according to the APD.

“It happened so fast, we didn’t even see him fall, but we heard everything, and at that point, we knew they killed him,” Hernandez said.

Because the standoff took place in Hernandez’s district, he said he showed up early during the incident to tell police he was a trained mental health counselor and had intel on Lopez to help de-escalate the situation. But, according to Hernandez, police were unprofessional, aggressive, disrespectful and refused to cooperate. Hernandez said Lopez had a mental illness and needed help, but he claimed police ignored this information.

In an email to ABC News, SAPD spokesperson Sonia Rojo responded to Hernandez’s complaints regarding SAPD’s alleged conduct: “The Santa Ana Police Department has an expectation and standards of professionalism for all of its employees, especially during sensitive and emotionally charged traumatic incidents. Any loss of life is tragic under any circumstance. We will review the alleged statements by any of our officers and address the issue accordingly.”

When asked whether SAPD deployed their own mental health crisis specialist during the standoff with Lopez, Rojo responded, in part: “Santa Ana Police Department had a Crisis Negotiator on scene throughout the duration of our initial involvement. Our officers and our Crisis Negotiators contacted with Mr. Lopez for several hours before relinquishing our involvement with Mr. Lopez to Anaheim PD.”

“Why would he respond to people with their rifles out?” Hernandez said.

Dale Galipo, an attorney for Lopez’s family, said he’s handled hundreds of shooting cases all over the country and has seen “a repeated pattern of police officers improperly responding to a case of someone in a mental health crisis.” He said Lopez’s situation is no different from some of his other cases.

“We need to remedy this problem — it’s not just getting justice in this case, it’s really seeking reform and change in terms of the training, the policy, the applicable law, so that police officers are able to recognize that people in a mental health crisis need medical help and attention,” Galipo said.

“They don’t need force, they certainly don’t need deadly force, and what’s concerning is we’re getting to a place where individuals who do have loved ones in a mental health crisis are going to be afraid to call the police,” he added.

Galipo is joined by attorney Vicki Sarmiento as they explore options for the Lopez family in the aftermath of the fatal shooting.

“One of the hopes of the family is that this does not happen to someone else, or that something good come out of this terrible tragedy, where there will be reform, and there will be change,” Galipo said. “And they’re hoping in the future, in essence, to save other lives, and to prevent other families from going through the horrible pain and loss that they’re experiencing now.”