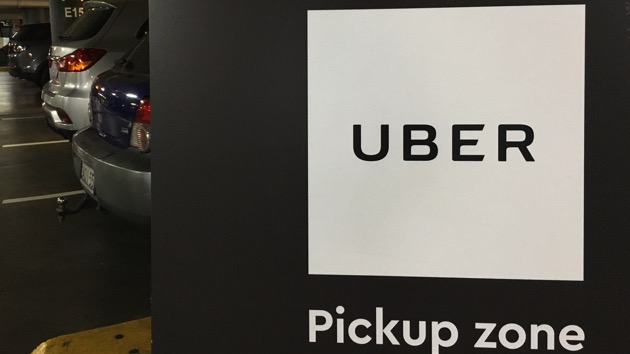 (BOSTON) — An Uber driver accused of locking a woman inside his car is due to make his first court appearance on Monday.

The victim told authorities that when she got into the car on Thursday, she thought the driver was “behaving strangely” so she “requested to be dropped off and let out,” Boston police said.

When the suspect stopped the car, the woman tried to open the door, but the child safety locks had been activated in the back, police said.

“As the victim began to scream and bang on the glass in an attempt to draw attention to the unfolding situation, the suspect began to climb into the rear passenger area of the vehicle, laughing periodically,” police said.

The woman quickly slid around the suspect and into the driver’s seat, where she was able to unlock the door and flee, police said.

Uber said in a statement to ABC News, “What’s been reported is horrifying and something no one should have to go through. As soon as we became aware, we immediately removed this driver’s access to Uber.”

Essalak’s attorney told ABC Boston WCVB affiliate that “he is a family man and this is completely out of the blue,” calling it a “shocking accusation.”