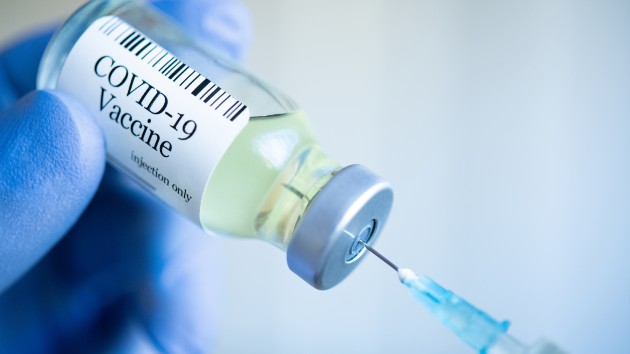 (NEW YORK) — Two women disguised themselves as “grannies” in a failed attempt to get a second dose of the COVID-19 vaccine, Florida health officials said.

“So yesterday, we realized a couple of young ladies came dressed up as grannies to get vaccinated for the second time,” Dr. Raul Pino, the director of the Florida Department of Health in Orange County, said during a press briefing Thursday. “So I don’t know how they escaped the first time.”

The women showed up to the Orange County Convention Center wearing bonnets, gloves and glasses — “the whole thing,” Pino said. They are in their 30s and 40s, according to the Orange County Sheriff’s Office, which would make them ineligible to receive the vaccination outside of a health care or long-term care facility setting.

The two had valid vaccination cards from their first shot, but on their second attempt, there were issues with their driver’s licenses, said Pino.

Deputies issued the two women trespass warnings after their dates of birth “did not match those they had used to register for the vaccines,” the Orange County Sheriff’s Office said in a statement. “The names, however, did match the registration.”

The sheriff’s office identified the women as Olga Monroy-Ramirez, 44, and Martha Vivian Monroy, 34.

No other law enforcement action was taken, the sheriff’s office said, adding, “And we don’t have any information about whether they were wearing disguises or how they were dressed.”

There have been a few cases of people misrepresenting themselves to receive a dose, Pino said, adding that it’s probably “higher than we suspect.”

The county has increased security at the vaccination site to “deter any possible ill-intentions that someone may have,” Pino said.

“This is the hottest commodity that is out there right now,” the director said. “So we have to be very careful with the funds and the resources that we are provided.”

Beyond health care workers and residents and staff of long-term care facilities, those ages 65 and up are eligible to get the vaccine in Florida. Nearly 45% of that population has been inoculated in Orange County, officials said Thursday.

Last month, Florida started requiring proof of residency for COVID-19 vaccinations in select counties in the wake of concerns about “vaccine tourism” after eligibility was opened up to anyone age 65 and older.

The expanded eligibility resulted in long lines, with some older people even camping overnight in lawn chairs in the hopes of getting vaccinated.

As of Thursday, Florida had administered approximately 3.8 million COVID-19 vaccine doses, according to the Centers for Disease Control and Prevention.