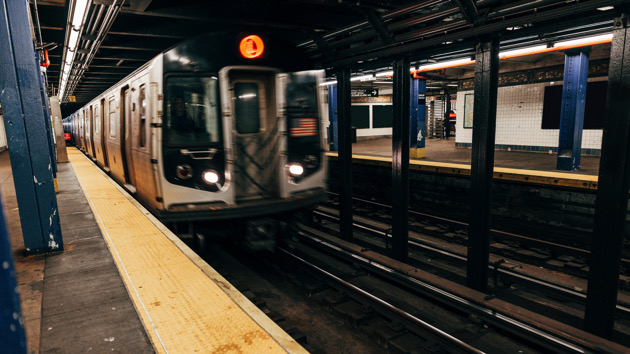 (NEW YORK) — A man and a woman were killed by a New York City subway Tuesday morning in an incident that doesn’t appear to be a crime, according to the mayor.

The fatalities on the L tracks at 6th Avenue don’t appear to be the result of “a push or shove,” said Mayor Eric Adams, who responded to the scene.

“It appears as though it was not a crime,” the mayor said, adding that a “thorough investigation” will “determine exactly what happened.”

Subway riders should expect “significant delays,” according to the MTA.

This comes just hours after a man, possibly wielding a hammer, broke into a Manhattan subway stop’s dispatch room and hit an MTA worker in the head, according to ABC New York station WABC. The suspect hid under a stopped subway train and was later apprehended, WABC reported.