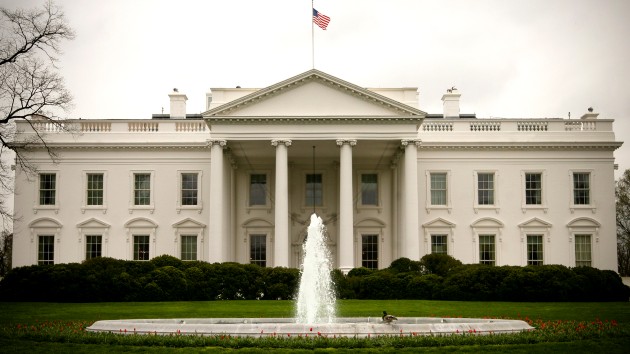 (WASHINGTON) — Two people were arrested on weapons charges near the White House over the weekend, according to a spokesperson for the United States Secret Service.

The unidentified pair approached Secret Service officers near 15th Street NW and Pennsylvania Avenue in Washington, D.C. on Saturday evening, just before 5:30 p.m. One of the individuals disclosed the possession of a weapon and was immediately detained, the spokesperson said.

The second individual disclosed the location of an additional weapon in a nearby vehicle. Secret Service officers located the car and seized the weapon, the spokesperson said.

“During the course of the encounter and subsequent arrests, the individuals posed no immediate danger to any Secret Service protectee,” the spokesperson told ABC News in a statement late Sunday.

ABC News has reached out to the Metropolitan Police Department for additional information.

The arrests occurred while President Joe Biden was on his first presidential visit to Camp David, the storied retreat for U.S. leaders in the mountains of northwestern Maryland.