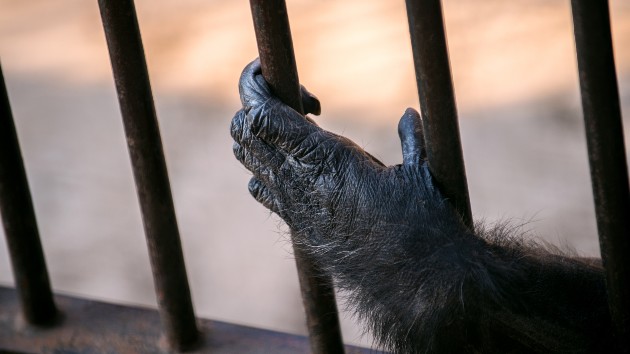 (NEW YORK) — Twelve primates at a large animal sanctuary in Texas have died after suffering a power outage amid the historically cold weather that has slammed the state and left millions without electricity.

Primarily Primates — a non-profit animal sanctuary that provides care for hundreds of animals in Bexar County, Texas — has not had power since Monday and was among the over four million customers left without power after a rare deep freeze forced the state’s electric grid operator to impose rotating blackouts across the region.

“While the staff and volunteers work tirelessly around the clock to evacuate dozens of animals from the 78-acre sanctuary and use heaters and generators to keep the remaining animals safe—they are also mourning the loss of approximately 12 animals, including monkeys, lemurs and one chimpanzee,” the sanctuary said in a statement on Wednesday.

As of 10:30 p.m. on Wednesday night, just under 1.9 million customers in Texas are still without power due to the inclement weather.

“This is the winter version of Hurricane Harvey,” Texas Gov. Greg Abbott told Houston ABC station KTRK-TV. “And we will learn from this also, and we will come up with strategies to make sure there are available sources of power and energy so that things like this do not happen again.”

“We know this unprecedented Arctic blast is taking a toll on humans, which is why we are so grateful to the San Antonio Zoo staff for helping us transport and care for animals as well as the more than 60 volunteers who have organized meetups and driven their 4x4s in treacherous conditions to bring us supplies,” said Priscilla Feral, president of Friends of Animals, which has managed the sanctuary since 2007. “Their kindness brings some comfort during this nightmare. They are heroes, and so are our staff members … Every animal matters to us and we are devastated.”

Violet, the oldest chimpanzee that died at the sanctuary, was 58-years-old and Primarily Primates said she did not die from hypothermia but most likely suffered a stroke.

“She was young at heart, outgoing and spirited,” Primarily Primates said in a statement. “She loved to explore her habitat, which sits up on a hill overlooking the pond at Primarily Primates, where she had a great view of waterfowl and other wildlife. Violet, who was used in biomedical research, also liked watching movies and looking at her reflection in her care staff member’s iPhone selfie mode.”

Before being rescued, all of the animals at Primarily Primates had been exploited and discarded by the research and entertainment industries, according to the sanctuary.

Though Primarily Primates is still without power as of Thursday morning, Executive Director Brooke Chavez reported that all of the sanctuary’s chimpanzees are doing well and are keeping warm with properly ventilated propane heaters.