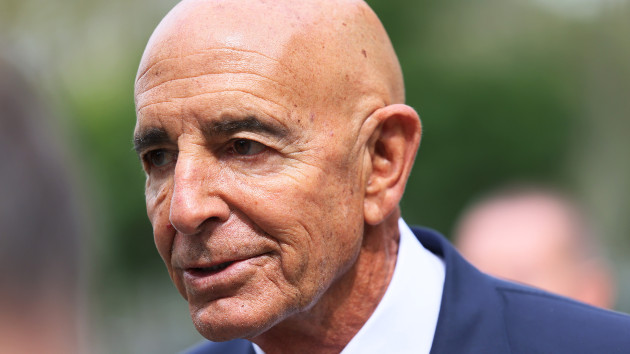 Barrack, a billionaire California real estate investor, testified for the second day in his own defense against charges that he acted as a foreign agent by illegally lobbying the Trump campaign and subsequent administration on behalf of the UAE.

Barrack’s defense attorney questioned Barrack about a meeting he had with a UAE official in the spring of 2016, where prosecutors have alleged he agreed to become a foreign agent on the UAE’s behalf. Emails later showed Barrack telling Trump officials, including Jared Kushner and Paul Manafort, about the meeting.

“If the purpose of your meeting with [Sheikh Tahnoun bin Mohammed Al Nahyan] was to agree with him to secretly influence the Trump campaign, would you have told [Paul Manafort] or Jared Kushner [about the meeting]?” Barrack’s attorney, Michael Schachter, asked Barrack.

Barrack said during his earlier testimony Monday that he was not asked during the meeting to operate as a foreign agent for the UAE — and that any such arrangement would have been “impossible” in his business dealings because it would “chill” his other investors.

Prosecutors have said Barrack used his position as chair of Trump’s 2016 inaugural fund to influence U.S. foreign policy while Trump was a candidate and in the early days of the administration. As the bulk of their case, prosecutors earlier displayed hundreds of Barrack’s emails and text messages showing Barrack and his aide, Matthew Grimes, arranging meetings with senior UAE government officials to discuss policy initiatives over the course of several months.

Grimes, who is charged alongside Barrack, has also pleaded not guilty to the charges against him.

“I thought that was actually a great thing,” Barrack said. “The idea of having somebody that had knowledge in both confused arenas that could create some web of understanding and tolerance is what I know we all needed.”

“I was so lit up,” he said. “I was so excited that I could perhaps be some minor prod in that process.”

Instead, Barrack told the jury that issues pertaining to the Middle East are “part of my life.”

“Confusion and these kinds of issues is rampant. In business the biggest problem we have is understanding each other, is communicating with each other,” Barrack said. “I happen to have an emotional connection to this because I’ve seen what happened firsthand.”

In a further effort to show that his UAE communications were no secret, Barrack testified that he tried to bring then-campaign manager Paul Manafort to a second meeting with the same UAE official, but that Trump said it was a “terrible idea” because “things in the campaign were hot and heavy” and he wanted Manafort to remain in place.

“[Manafort] was also in a food fight in the campaign at the time with Cory Lewandowski for territorial claim,” Barrack told the jury. “He decided if he left his desk it might not be there when he got back.”

Manafort did not attend the trip, Barrack said, but Trump signed off on Barrack’s efforts.

“I talked to President Trump about it, and he said, ‘You do the right thing,"” Barrack testified.

But Barrack, whose business ties to the UAE stretch back decades, told the jury he ultimately was left “begging” in his efforts to broker meetings between Trump and UAE officials, because of Trump’s so-called “Muslim Ban” proposal and because “they just didn’t take him serious.”

In one email displayed at the trial, the UAE’s ambassador to the U.S. said he refused to meet with Trump.

“Greetings from sunny abu dahbi where the confusion about your friend donald trump is VERY high,” Ambassador Yousef Al Otaiba wrote to Barrack. “Confusion because no one seems to know him and obviously because of his statements- particularly the Muslim ban.”

“He is the king of hyperbole,” Barrack wrote back. “He is not anti islam or anti racist … we can turn him to prudence, he needs a few really smart Arab minds.”

Barrack is scheduled to be back on the witness stand on Wednesday, his defense attorney said in court.