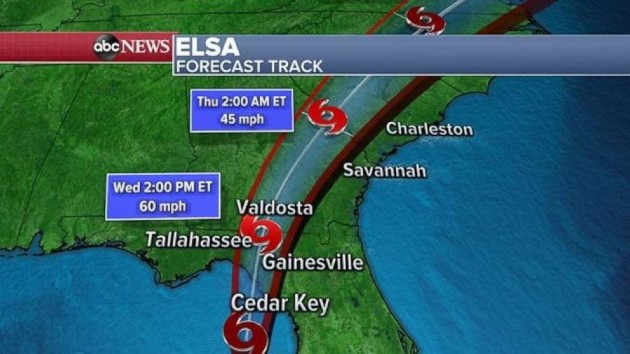 A hurricane warning is in effect for Florida’s west coast from the Chassahowitzka River to the Steinhatchee River.

Tampa Bay is among areas under a storm surge warning.

Tropical storm warnings have been issued in Savannah, Georgia and Charleston, South Carolina.

By Thursday night, Elsa will reach the mid-Atlantic dropping flooding rain and gusty winds near Washington, D.C., and into Philadelphia.

By Friday morning, Elsa will be dropping heavy rain and rough winds along the Jersey shore, New York City and Long Island.