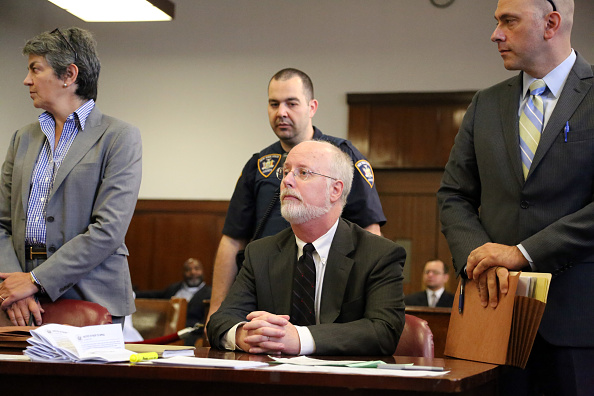 The prosecutor, Paul Monteleone, said the abuse occurred while Hadden was “pretending” to medically examine his patients’ “most private parts.”

“They trusted him,” Monteleone said. “All along, the defendant was motivated not by his patients’ medical needs but by his own sexual desires.”

Hadden pleaded not guilty to six counts of enticing and inducing victims to his medical offices and subjecting them to unlawful sexual abuse. Federal prosecutors alleged Hadden also assaulted “dozens of female patients, including multiple minors” between 1993 and 2012.

Hadden pleaded guilty in state court seven years ago to abusing two women as part of a deal with the Manhattan District Attorney’s Office.

Evelyn Yang made the allegations against Hadden in January 2020 while her husband was running for president. She discussed the alleged instances of abuse in an interview with CNN.

“It started with inappropriate questions around how intimate I was with my husband, sexual activity, just very inappropriate, probing questions that were unrelated to my health,” Evelyn Yang told CNN. “The examinations became longer, more frequent, and I learned that they were unnecessary most of the time.

She alleged that the abuse escalated when she was pregnant.

“I was in the exam room, and I was dressed and ready to go,” she said. “And then at the last minute, he kind of made up an excuse. He said something about I think you might need a C-section. And he proceeded to grab me over to him and undress me and examine me internally, ungloved. And at first, I was a little bit like, ‘What’s going on here?"”

Hadden is charged in federal court with inducing four women into crossing state lines for the purposes of sexually abusing them.

The defense called it a “technical crime” and insisted to the jury Hadden is not guilty of it.

“The question is not whether inappropriate activity or sexual abuse happened,” defense attorney Deirdre van Dornum said. “I have to ask you to put aside your feelings about the sex abuse Mr. Hadden has already pleaded guilty to.”

Each of the federal charges against Hadden carry a maximum sentence of 20 years in prison.