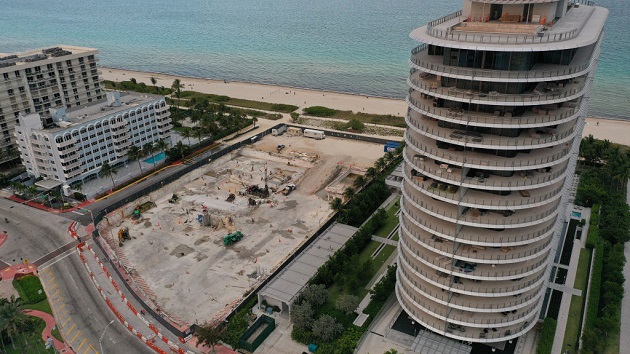 During a court hearing in Miami Tuesday morning, attorney Harley Tropin announced the settlement reached for families who lost loved ones in the Champlain Towers South collapse has reached $1,004,600,000, up from the $997 million figure announced earlier this month.

Tropin said that some additional lawsuits connected to the collapse have been mediated through the main settlement, resulting in additional payouts.

“I’d like to see this transaction closed as soon as possible,” Judge Michael Hanzman, who is overseeing the cases, said during the hearing. “There are a lot of people in the community who have suffered economic anguish over this.”

Hanzman told attorneys that he would like to schedule the final hearing to have the settlement presented and approved by June 23 — one day prior to the anniversary of the collapse that killed 98 people.

Hearings for families requesting claims are scheduled to begin on Aug. 1.

The judge said that payout sums will differ from family to family.

“I’m going to hear every family’s presentation who wants to be heard,” Hanzman said. “The hearings will go as long as reasonably necessary.”

Also during Tuesday’s hearing, Hanzman said that $96 million would go to compensate the Champlain Towers’ individual condominium owners for the loss of property — a $13 million increase over the tentative $83 million that had been tentatively announced in March.

The sum is still less than the $105 million allocation that had been sought on behalf of those unit owners.

The additional $13 million will likely come from the $120 million expected to be paid by the company bidding to buy and redevelop the beachfront site of the collapse, as well as property insurance.