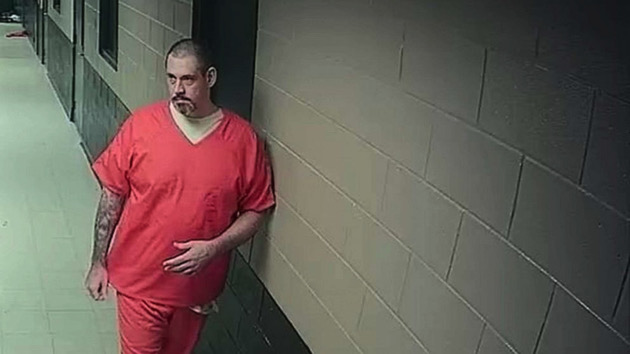 (FLORENCE, Ala.) — Multiple law enforcement agencies are continuing their search for a murder suspect who escaped an Alabama jail by apparently feigning a trip to the courthouse with a corrections officer, according to authorities.

Casey White, 38, was arrested in 2020 and charged with two counts of capital murder that authorities said was a murder for hire in a case that went cold for nearly five years, AL.com reported at the time.

“Indications are” that Vicki White, who has worked for the sheriff’s office for 25 years, assisted in the escape, but it is unclear whether she did so willingly or if Casey White coerced her into doing so “by threatening her and/or her family or other means,” the sheriff’s office said in a statement.

Investigators are searching for any footage that can shed light on what happened and are also combing through Casey White’s phone calls and looking into the previous interactions between him and Vicki White to determine whether the escape was premeditated, Singleton said.

Here is a timeline of events, according to the Lauderdale County Sheriff’s Office:

9:20 a.m.: Vicki White instructs a corrections deputy to prepare Casey White for transport to the courthouse. The deputy then removes Casey White from his jail cell and takes him to booking, where the deputy places him in handcuffs and shackles his legs.

9:41 a.m.: Vicki White leaves the detention center with Casey White in a patrol car for an inmate “mental health evaluation.” Prior to leaving, Vicki White tells the booking officer that she is the only deputy available who is firearm certified and that she is dropping him off to other deputies at the courthouse and would then be going to Med Plus, an urgent care center, because she is not feeling well.

11:34 a.m.: A police officer with the Florence Police Department, unaware of the situation at the time, spots the patrol vehicle in a parking lot near cars that are for sale.

The administrator contacts the sheriff’s office, and officers begin a search of the courthouse to determine whether Casey White is still in the building. Over the next several minutes, they determine that Casey White was not in the courthouse and that there was not a court appearance or evaluation scheduled. Security footage shows that Vicki White never arrived at the courthouse.

After a national bulletin is released with details of Casey White and Vicki White, a witness reports that she saw the patrol vehicle on her lunch break at a shopping center. Deputies retrieve the patrol car but do not find any information on their whereabouts.

5:30 p.m.: About 20 agents from the U.S. Marshals, the FBI, the ATF, the Secret Service and the Alabama Law Enforcement Agency join the investigation.

Morning: The son of Connie Ridgeway, the woman Casey White is accused of killing, tells ABC Huntsville, Alabama, affiliate station WAAY that he is in disbelief his mother’s accused killer is on the loose.

“I’m shocked,” Austin Williams told the station after Casey White had been on the run for at least 24 hours. “I mean, how is that even possible that someone with that rap sheet got out that easily?”

Singleton announces during a press conference that it was a “strict violation of policy” for Vicki White to be alone with an inmate, adding that Casey White should have been escorted by two deputies, given his charges.

In her role as assistant director of corrections, Vicki White is in charge of coordinating transportation between the detention center and the court, Singleton said. The breach of protocol wasn’t flagged by her employees.

Evening: Singleton tells ABC News that it appears the escape was “orchestrated.”

Casey White previously planned to escape from the Lauderdale County Detention Center in the fall of 2020, but officials thwarted the plot before he could attempt it, Singleton said. When prison officials got word of the plot, they found a homemade knife in White’s possession and learned that he was planning to take a hostage.

Casey White was subsequently transferred to a state prison, where he remained until early this year, and would return to the Lauderdale County facility for court appearances related to the murder, Singleton said.

Vicki White is “an exemplary employee” who is well-liked by all her colleagues, Singleton said. She interacts with inmates several times a day as part of her job, Singleton said, adding that he is unaware of any kind of relationship between Vicki White and Casey White.

“We’re very concerned for her safety,” he said.

Morning: The U.S. Marshals Service announces a reward of up to $10,000 for information leading to the capture for Casey White.

“Casey White is believed to be a serious threat to the corrections officer and the public,” U.S. Marshal Marty Keely said in a statement.

Afternoon: Singleton tells ABC News that Vicki White had been talking about retiring for three or four months prior to the escape. She turned in her paperwork on Thursday, and Friday, when the escape occurred, was set to be her last day at work.