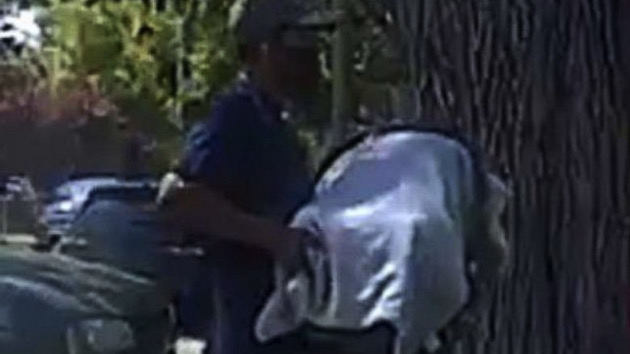 (SAN JOSE, Calif.) — A 3-month-old baby boy has been found safe Tuesday after he was taken from his Northern California home in what police believe was a premeditated kidnapping.

One suspect is in custody, police said.

Brandon Cuellar’s kidnapping was reported around 1 p.m. Monday by his grandmother, who was watching the baby while the mother was at work, San Jose Police Sgt. Christian Camarillo said at a news conference.

The grandmother said she came home, took Brandon inside the apartment and went back to the car to unload groceries, Camarillo said.

In that “short amount of time,” a man went into the apartment and took the little boy, he said. Police released footage of the man they say was seen on surveillance video leaving with the 3-month-old.

Camarillo said the suspect brought a baby carrier with him to the home.

“We believe this was planned. It’s not some random act,” he said.

Camarillo said Tuesday that police are speaking with a female person of interest, but added that she’s not been “formally charged yet.”

“This is a person that was with the grandmother yesterday when they went shopping. She was present at the apartment complex when this happened,” Camarillo said.

“That person has changed their story a couple of times — a lot of inconsistencies,” Camarillo said.