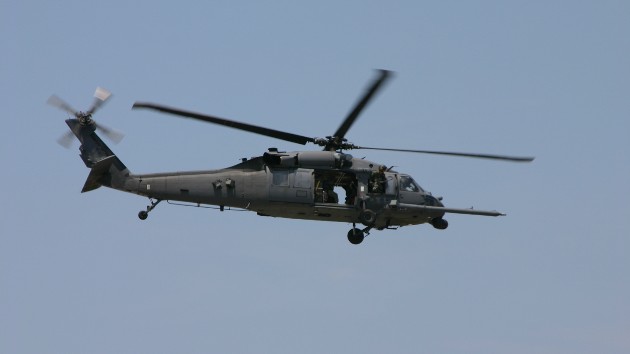 All three personnel aboard were pilots with the Idaho Army National Guard participating in a routine training flight.

The aircraft was last in contact at 7:45 p.m., according to Col. Christopher Burt, the Idaho Army National Guard’s state aviation officer. The Emergency Transmitter Locator device aboard the aircraft was activated shortly after 8 p.m. and recovery procedures were initiated, which included air and ground search and rescue crews.

The weather at the time of the crash was snowy and the area where the aircraft went down is mountainous, Lt. Col. Christopher Borders, spokesman for the Idaho National Guard, told ABC News.

The aircraft and deceased personnel were located at 12:15 a.m. Wednesday morning, officials said.

“There was snow,” Borders told ABC News. “It’s been poor conditions on and off throughout the period. It hampered our initial air search efforts when we were notified that the emergency locator had triggered. As as result we immediately launched a ground crew to search. At approximately 11 p.m. the weather improved enough to launch another aircraft to commence the air search. And after midnight tonight, approximately 12:15 a.m. our search and rescue crew located the aircraft and confirmed there were no survivors.”

The cause of the accident is under investigation. The names of the three who died in the crash are being withheld until next of kind can be notified.