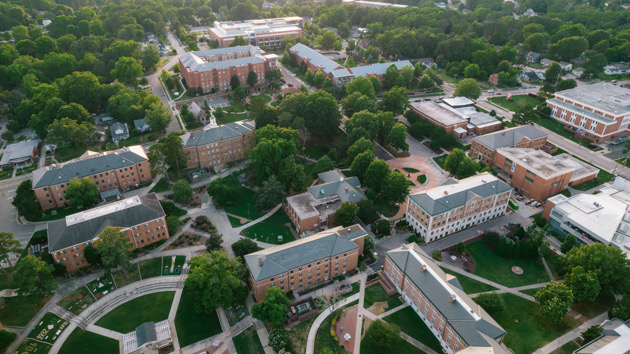 (WASHINGTON) — The Biden administration on Friday announced more than half a million dollars in grants for three Historically Black Colleges and Universities that received bomb threats in 2022.

Arkansas’ Philander Smith College, North Carolina Central University (NCCU) and Hampton University each received between $100,000 and $215,000 through the Project School Emergency Response to Violence (Project SERV). The schools are using the funding to address safety, security and mental health concerns of their communities, which were shaken by the recent scares, the Department of Education announced.

“It was a total disruption,” Dietra Trent, executive director of the White House Initiative on Advancing Educational Equity, Excellence and Economic Opportunity through Historically Black Colleges and Universities, told ABC News. “These were traumatic experiences and it impacts academic outcomes and the mission of the university.”

The FBI in November identified one juvenile believed to be responsible for a “majority” of the “racially motivated” threats. The Department of Justice has worked with state prosecutors to hold the minor accountable, according to the FBI’s update on threats targeting historically Black schools.

Trent believes the wave of threats between January and February 2022 caused confusion and — for many — conjured up the violent past of African Americans in the U.S. whose critical institutions have faced bomb threats for decades.

Multiple schools received anonymous bomb threats, causing shelter-in-place notices or evacuations of the majority Black institutions. However, no real bombs were found after each incident.

“These incidents evoked a really painful history of violence in our community​,” Trent said. “This [last February] was supposed to be a celebratory month, where we celebrate our history and celebrate the contributions that African Americans and also HBCUs have made in this country for the last 100 plus years.”

U.S. Secretary of Education Miguel Cardona slammed the threats on HBCUs and said the White House is committed to students being able to learn without fear.

“I categorically reject any and all efforts to terrorize Black students and educators and am committed to ensuring access to Project SERV grants and all available federal resources to help HBCUs restore the safe, welcoming, and nurturing learning environments,” Cardona wrote in a statement.

Project SERV grants provide short-term funding for education communities that need assistance in the wake of traumatic events, North Carolina Central University (NCCU) is using its money for a full-time care manager, part-time case manager and pay overtime to officers and staff who helped lead evacuations and response during the threats, the Department of Education’s press release said. It’s also conducting workshops on the impacts of PTSD and racial trauma. Philander Smith College will be adding additional security and a one-year security detail, the statement read.

Hampton University vowed to hire a mental health specialist and psychology technician. The DOE announced the school is using its funds for suicide intervention training, too.

Senior vice president of federal policy and government at the United Negro College Fund, Lodriguez Murray, said the bomb threats “reverberated” throughout the entire year and commends the education department for including HBCUs in Project SERV.

“Institutions of higher education were not considered eligible for Project SERV prior to the bomb threats,” Murray told ABC News. “But the Department of Education realized that they could make a positive impact and they have done so. So we really did appreciate that. It makes a lot of difference, especially with the mental health needs, as HBCUs and their students are the only institutions [of higher education] which have received these kinds of threats.”

The department expects to award additional Project SERV grants to HBCUs in the coming weeks and it has previously awarded them to schools — such as Fisk in Tennessee and Coppin State in Maryland — where classes were either immediately cancelled or switched to remote out of an abundance of caution at some point last year.

Despite some education policy experts indicating HBCUs have historically been underfunded and overlooked by the White House, the announcements come as the Biden-Harris administration has given HBCUs roughly $6 billion in cumulative investments.

“We always work closely with White House on these important issues,” Trent said. “They are very much interested in what is happening on our HBCU campuses around these events.”

The National Association of Diversity Officers in Higher Education (NADOHE) applauds the administration’s strategy to restore peace to these communities, but urges university leaders to increase fairness and equal opportunity for all.

“We must not stop here,” NADOHE President Paulette Granberry Russell said in a statement to ABC News. “All of us across higher education must recommit to our efforts to advance inclusion and fight racism.”