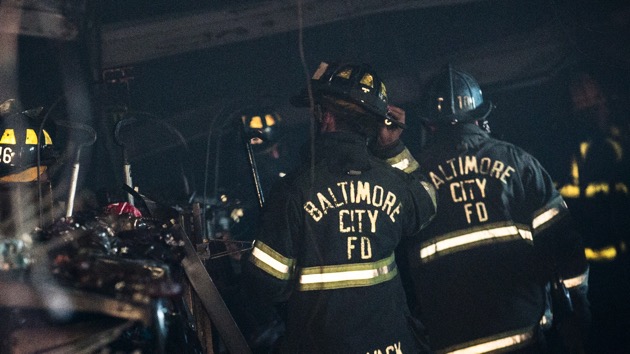 (BALTIMORE) — The city of Baltimore is in mourning after three firefighters were killed when they responded to a fire and became trapped inside.

The house partially collapsed, trapping them inside, along with a fourth firefighter, John McMaster, who survived and is in critical but stable condition.

“This is a gut-wrenching tragedy for our city, the Baltimore City Fire Department, and most importantly the families of our firefighters,” Baltimore Mayor Brandon Scott said in a statement. “My heart is with the firefighters, their families, and the entire Baltimore City Fire Department who put the lives and safety of others before their own wellbeing each and every day. I ask that all of Baltimore keep them in our prayers during this extremely difficult time.”

Baltimore Fire Chief Niles Ford said, “From this moment, we will honor those we lost today, for their bravery, their courage, their love for helping others and the respect they had for the Baltimore City Fire Department.”

Law enforcement and sports teams in Baltimore are also offering their condolences.