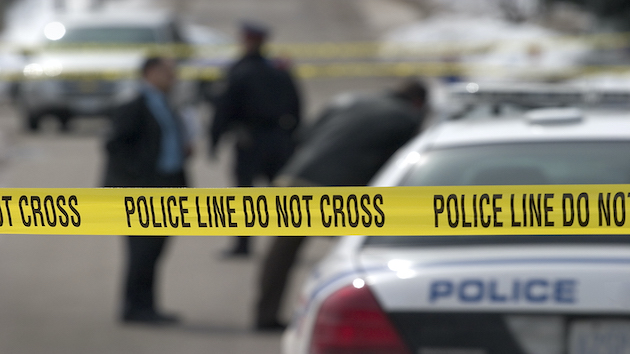 (AUSTIN, Texas) — Three people were killed in what authorities are calling a domestic incident in Austin, Texas, on Sunday.

When officials arrived on scene, two women and a man were found shot to death outside an apartment building.

At a news conference later in the afternoon, Joseph Chacon, the interim police chief of the Austin Police, told reporters that the alleged suspect, Stephen Nicholas Broderick, 41, was still on the loose and was considered “armed and dangerous.”

“We don’t know if he is in a vehicle or on foot,” Chacon said. “We are asking for residents to continue to shelter in place.”

On Sunday afternoon Chacon said the investigation was still ongoing and officers were searching for clues, but confirmed the shooting was of a domestic nature and the suspect allegedly targeted the three victims.

At a later news conference, Chacon confirmed reports that Broderick was a former deputy at the Travis County Sheriff’s Department.

There was a child involved with the situation, and officers were able to locate and take the child into custody, Chacon said. It is not known what connection the child has to the alleged suspect or victims.

At around 4:45 p.m. local time, officers lifted the shelter in place order for nearby residents but asked them to remain vigilant and alert the authorities if they see the alleged suspect.

“We will transition in a search in this area to a fugitive search,” Chacon said.

The FBI is assisting with the investigation.