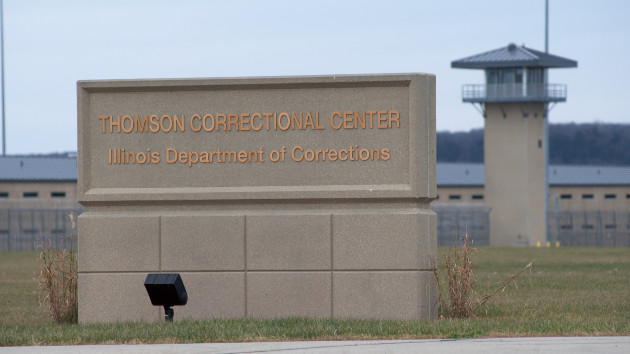 (NEW YORK) — Three Bureau of Prisons employees at United States Penitentiary Thompson in Illinois have had to go to the hospital over the past two weeks, according to the local union president, prompting two members of Congress to write a letter to the agency questioning how mail for prisoners is processed.

“We write with concern about reports of unsafe conditions for correctional officers in opening mail for incarcerated persons,” the letter written by Rep. Cherri Bustos, D-Ill., and Senate Judiciary Committee Chairman Dick Durbin, D-Ili., and obtained by ABC News, said.

“We know that it is critical for incarcerated persons to have access to correspondence while serving their sentences. Unfortunately, mail is also one of the ways in which drug contraband can be brought into correctional facilities,” the lawmakers wrote.

One staff member was hospitalized on Friday. The drug involved and the officer’s condition are unknown.

On March 17, a corrections officer was sorting mail and 19 pieces of mail were soaked in amphetamines, according to USP Thompson Union President Jon Zumkehr.

The staff member started “throwing up and having a violent reaction and was rushed to medical — his vitals were off the chart,” Zumkehr said.

A day later, another staff member was rushed to the hospital after being exposed to synthetic marijuana, he said.

In 2020, the Bureau of Prisons started a pilot program to convert mail to electronic scans at some facilities, to combat drug smuggling through official correspondence, according to the two lawmakers.

Zumkehr said the program was ended due to funding concerns.

“Staff shouldn’t have a price tag on their life,” he said.

Shane Fausey, president of the National Council of Prison Locals 33 told ABC News the substances officers are dealing with, including fentanyl, are both very dangerous and prevalent.

“It’s a matter of safety. It’s a matter of when you deal with substances like fentanyl, car fentanyl, they’re so hazardous a minuscule amount is going to kill someone if we don’t somehow stop it from entering our prisons,” he said.

A spokesperson for the Bureau of Prisons said in a statement to ABC News it would respond directly to members of Congress and their staff.

“Out of respect and deference to Members, we do not share our Congressional correspondence with media,” it said.

Three dead after home explodes in Indiana, officials say; cause under investigation