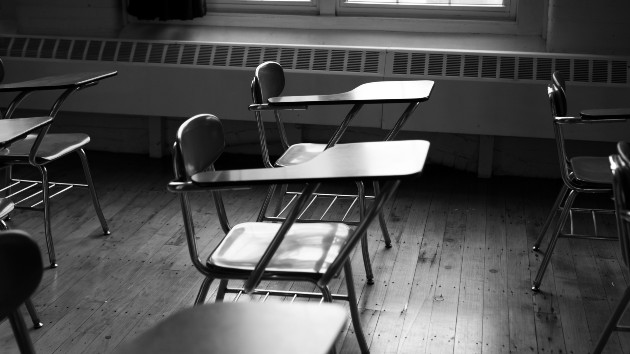 (NEW YORK) — States around the country are reporting a significant decline in the number of students enrolled in public school because of the coronavirus pandemic, leaving experts and educators concerned about the trend, and its potential long-term consequences.

A notable number of students seem to have simply fallen off the grid, not showing up for online or in-person instruction, their whereabouts unknown by school officials.

Given the chaos caused by the pandemic, and the lack of data, it is difficult to truly determine the exact magnitude of the problem, which seems to be disproportionately affecting already vulnerable student populations — among them homeless students, children with disabilities, children of immigrants, children in foster care and children of color.

A recent study by Bellwether Education Partners, a non-profit that focuses on underserved communities, estimates that approximately three million of the “most educationally marginalized students in the country” may have been missing from school since March 2020, when the pandemic forced school closures. The group said it arrived at the number by calculating a “likely percentage of at-risk groups not in school, based on media reports and available data.”

ABC News contacted officials from the departments of education in all 50 states, and found that the problem appears to be nationwide.

Although some states reported that they do not track such information, many others said that they have seen a significant decline in their enrollment numbers, and still others have reported they have thousands of missing students.

In Michigan, K-12 enrollment decreased this fall by some 53,000 students out of about 1.5 million students. In a December op-ed, state Superintendent Michael Rice said much of the drop was due to factors such as an annual decline in enrollment for the past 10 years, parents opting to hold their children back from kindergarten and an increase in the number of home-schooled students, ultimately accounting for approximately 40,000 of those students.

However, he said, “of significant concern” are the approximately 13,000 students fully unaccounted for.

“The granular work to find children must take place at the local level,” Rice wrote. “Every child is important. To lose even one is too many.”

In Dallas, Texas, which was home to approximately 153,000 students last year, there are about 9,000 high-schoolers, 2,000 middle-schoolers, and 1,000 elementary school students unaccounted for, Robyn Harris, a representative from the Dallas Independent School District, told ABC News.

And in Florida, officials are trying to determine the whereabouts of nearly 88,000 students who were expected for the 2020-’21 academic year and failed to show up in the fall. Last year, state enrollment topped 2.8 million, but that number has since dipped to 2.7 million.

In a Feb. 11 letter to school district leaders, Florida House Speaker Chris Sprowls called this drop “alarming,” stating that the number represents over 3% of the state’s total student population. Posting his letter on Twitter, Sprowls urged districts to use every available resource “to locate these missing children. We have a moral obligation not to allow any of these children to slip through the cracks of the system.”

In Miami-Dade County, which is home to the nation’s fourth largest school system, with nearly 335,000 students, the district opened this year with over 10,000 fewer students than in 2019, Superintendent Alberto Carvalho told ABC News.

After multiple steps were deployed to find these students, the majority were located. However, the district says there are still about 1,000 students who are deemed “truly missing,” which Carvalho calls “deeply troubling.”

“We believe that these were the students who were in crisis prior to the COVID-19 crisis. These were probably poor students, probably English language learners, learners who may have had a disability, may have had home insecurity, food insecurity and may have had a fragile immigration status,” Carvalho said.

Miami-Dade school officials are continuing to look for these students, while also dealing with over 13,000 families whose children chose remote learning, but seem to be “severely regressing” or disengaged from school.

Why are children missing?

Many students also do not have access to essential technological resources, such as Wi-Fi, or computers, in order to participate in remote learning.

A digital equity report by the National Education Association (NEA) found that an estimated 25% of school-age children do not have broadband access or a web-enabled device such as a computer or tablet.

From the onset of the pandemic, there were about 17 million students who were not adequately connected to the internet, said Mike Magee, CEO of Chiefs for Change, a nonprofit, bipartisan network of state and district education leaders from across the country.

“From a learning standpoint, that was potentially catastrophic,” Magee explained. “What we’ve learned, over the course of the last 12 months, is that from both a learning and a health perspective, there are millions of students for whom virtual learning just is not working.” In addition, he said, “there’s a subset of those students who are completely detached from their school systems at the moment.”

“They have logged off. They don’t feel connected enough to their own learning to log on every day,” he added.

According to the NEA’s report, most of the children lacking appropriate technology are from low-income and minority families, with “this inequality is systematically related to the historical divisions of race, socioeconomic status, and geography.”

Another major issue affecting education for low-income families is the economy. Millions of low-income families have felt the brunt of the economic downturn, with many suddenly confronted with unemployment and housing insecurity, causing these children to be more at risk of missing school.

“Many of our students live in multi-generational families, where mom, grandma, aunts, uncles all live in the same space. And many of them have experienced COVID in a real way where, unfortunately, death has taken a toll on their family. Some of them are not comfortable with the face-to-face piece. They’re just trying to maintain the day-to-day survival,” Harris explained.

Further, with job or wage losses in the country persisting amid the coronavirus, some of these teenagers are opting to work, rather than return to school, in order to help their families make ends meet or caring for younger siblings while their parents work.

“Right now, it’s not at the forefront of their mind to be on top of their schooling, because it’s about really making sure that their family unit is maintained,” said Harris.

The pandemic has also led to a dramatic surge in the number of students absent on a typical school day, regardless of whether remote learning is in place or not.

Chronic absence, which is defined by the U.S. Department of Education as missing at least 15 days of school, has increased substantially, particularly among vulnerable populations, and students of color, according to Hedy Chang, who directs Attendance Works, an initiative targeting chronic absenteeism.

In some districts, student absences have doubled during the beginning of the pandemic.

What schools are doing

Around the country, teachers and school officials are doing their best to connect with students who are missing or are chronically absent.

Dr. Chad Gestson, superintendent of the Phoenix Union High School District, and a member of Chiefs for Change, has created a program to contact every student, every day by having adults placing a phone call to the over 30,000 students in Phoenix to check on how they are doing.

Similarly, in Dallas, “Operation Comeback” campaign is seeking to recapture the missing students. Teachers and volunteers have been reaching out to students, said Harris, with postcards or emails, asking them “where are you, we miss you come back. There’s still time.”

Miami-Dade, in Florida, is using a “multi-tiered approach, using all of our resources collectively to be able to reach these families,” Carvalho told ABC News, such as door-to-door visits by school officials, in collaboration with police officers, social workers and county entities, tracking students in subsidized housing through the county’s housing authority.

The district is working with community-based organizations to reach out, in particular, to migrant communities, while conveying information through mass media and social media.

Officials want to “sensitize our community to the plight of these families,” said Carvalho, including reaching out to the friends of the missing students to see if they knew where they were. “So it is an all hands on deck approach to determine where the students are.”

The ‘catastrophic’ consequences of learning loss

The long-term consequences for these “missing” students “are catastrophic,” experts say.

It can also be difficult for a student who has left school for a while to reenter the educational system and adapt.

However, there is hope, as “interrupted schooling is a challenge that can be addressed,” Chang said.

Students are resilient, and if provided with adequate academic and social supports, and offered “engaging, supportive and powerful educational experiences that offer pathways to a better future,” they will be able to make-up for lost learning opportunities due to the pandemic, she added.

“We need to appropriate the necessary resources to bring these students up to the standard that is equivalent to their age, at this point, as quickly as possible,” Carvalho concurs, or America as a whole will lose its position on the world stage.