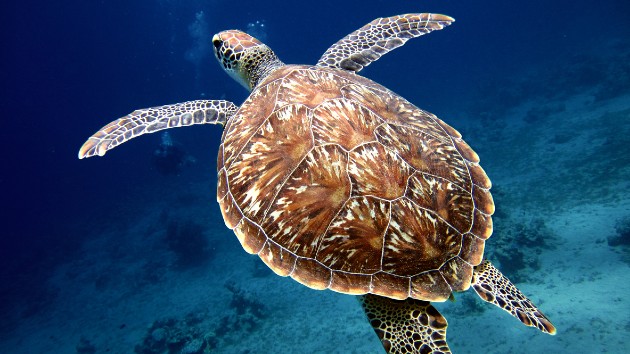 Sea Turtle Inc., the conservation group responsible for rescuing sea turtles along the coast of the Gulf of Mexico, began receiving the turtles as temperatures started to drop on Saturday, and that number quickly ballooned to about 4,800 by Wednesday, Wendy Knight, CEO of the organization, told ABC News.

While the organization puts a plan in place every fall for the possibility of cold-stun events, it was not expecting such dire conditions, Knight said.

“This occasion has been the largest cold-stunning event in recorded history,” she said. “We were not prepared.”

In extreme cold, turtles experience hypothermia and can no longer move, and most importantly, keep their heads above water. Once the turtles are stunned, it is critical for their survival to remove them from the water, or they will drown, she said.

South Padre Island, Texas, is a nesting and habitat destination for federally protected endangered sea turtles. The conservation of the turtles is established in the local community, which played a large role in rescuing them, Knight said.

Once it looked like the region would have below-freezing temperatures, hundreds of volunteers came out with boats and nets to collect them.

“Response is ingrained in the community,” she said, adding that the majority of them did not have heat or water themselves. “It’s what we do.”

A normal cold-stunning event will contain 100 to 200 turtles, perhaps 500 in a larger event, Knight said. Once the number hit 525, the organization’s facility was filled, and the remaining turtles had to be transferred to the South Padre Island Convention Centre.

Neither of the facilities had power at first, but the conditions were still much better than had the turtles stayed outdoors, Knight said.

As the turtles are introduced to warmer temperatures, they will begin to wake up and behave normally.

The organization will then prepare to release them back into the Gulf of Mexico, she added.

“Things seem to be going our way,” Knight said.

Power at the convention center was restored Wednesday, while Sea Turtle Inc.’s facility got its power back on Thursday, Knight said.

Other animals in the region have not fared as well amid the storms. Twelve primates at Primarily Primates, a large animal sanctuary in Bexar County, Texas, died after the facility lost power on Monday.