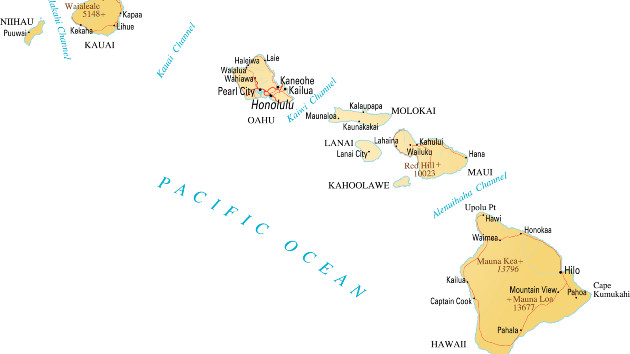 (NEW YORK) — The millions of tourists who flock to the shores of Hawaii every year are wreaking havoc on its natural environment — especially the coral reefs, which are at risk all over the world, a new study said.

The most popular coral reefs on the Hawaiian islands are likely being degraded by the very visitors they attract, according to a study published Monday in Nature Sustainability.

Researchers from Princeton University combed through more than 250,000 geotagged Instagram posts from 2018 to 2021 by tourists visiting Hawaiian reefs and compared them with flyover maps of live coral cover. They then used artificial intelligence to analyze reef map images at about a 2-meter resolution, or about 6.5 feet, and 16-meter, or 52.5-feet, depth, according to the study.

Bing Lin, a PhD candidate in science, technology and environmental policy at Princeton University’s School of Public and International Affairs and the lead author of the study, got the idea to use social media for the research after doing fieldwork in Hawaii in 2021 and realizing that one of the first things people do when they visit a site is to take a photo and post it to Instagram, he told ABC News.

“They take pictures of the beaches, and they post on social media,” he said. “Instagram is by far the main platform through which social media presence is documented, and so I came up with the idea of using Instagram to get a sense of a large-scale representation of where people are distributed in Hawaii.”

The scientists found that the accessible sites with more live coral cover were visited more often, but that at the popular sites, coral covers were more degraded compared to those at less popular sites, the paper states.

“We were able to find that coral reefs not only played a really significant role in attracting tourism, but also that the tourism subsequently seemed to suppress live coral coverage at the sites in which tourism was most concentrated,” Lin said.

While tourism is mostly concentrated on the shoreline, with lots of activity on the beach, many tourists end up on excursions in which they venture further into the ocean for snorkeling or scuba diving, Lin said.

Using keywords included in captions and hashtags, such as “#scubadiving,” Lin was also able to determine a certain degree of interaction with the reefs. Corals tended to thrive farther out into the water, where there are less people, Lin said.

The degradation can happen in the form of diver contact, when divers intentionally or accidentally come in contact with the reefs, as well as elevated pollution in areas that tourists frequent, Lin said.

Places in Oahu in Honolulu County, such as Waikiki Beach and Waimea Bay, were among the biggest spots for degraded reefs, Lin said. On the Big Island, Lanikai Beach and Shark’s Cove were also among the sites with the most degraded coral, he added.

Coral reefs are vulnerable all over the world due to ocean water warming and pollution. A study published in the Proceedings of the National Academy of Sciences in 2021 found that coral reefs could stop growing in 10 years unless greenhouse gases are significantly reduced.

Coral bleaching, a process that occurs when water is too warm and the algae the corals expel from their tissues cause them to turn completely white, is inundating reefs all over the world, including the Great Barrier Reef in Australia.

In addition to their biodiversity and beauty, coral reefs serve as vital ecosystems, nurture fisheries and protect coasts.

Included in the reef tourism industry should be a method to incentivize conservation by generating funds and supporting local livelihoods focused on protecting the reefs. The United Nations’ 2030 Agenda for Sustainable Development has set goals to promote sustainable use of marine and coastal resources, but tourists can harm live corals directly or indirectly, such as by polluting the surrounding sea.

“The impacts of tourism is detectable across hundreds of sites,” Lin said.