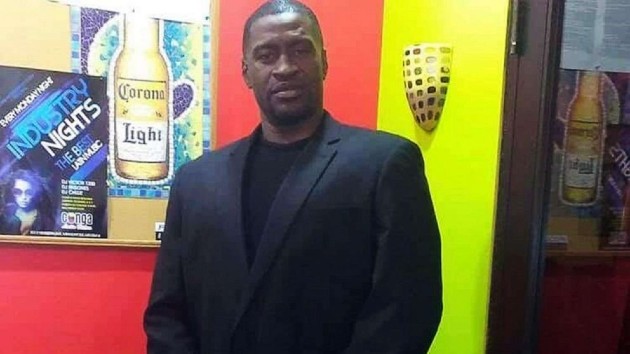 (MINNEAPOLIS) — The video showing former Minneapolis police officer Derek Chauvin pinning George Floyd under his knee for more than 9 minutes as Floyd begs for his life and onlookers scream for the officer to relent may appear damning. But is what Chauvin did criminal? And is that video enough to prove him guilty of the murder and manslaughter charges he faces when he goes on trial?

Legal professionals who have followed the pre-trial filings and maneuverings say that even with that stunning and difficult-to-watch visual evidence, the case against Chauvin is anything but a slam dunk.

While Minnesota Attorney General Keith Ellison is bringing the state’s case against Chauvin before Judge Peter Cahill, the lead prosecutor in court is assistant attorney general Matthew Frank. Frank will face difficult challenges posed by the requirements of the law. For instance, in order for Chauvin to be guilty of the most serious charge — second degree unintentional murder — prosecutors must first prove beyond a reasonable doubt that he caused Floyd’s death. But autopsy results will complicate that task.

The county medical examiner’s autopsy report found that the 46-year-old Floyd died of a combination of causes including “cardiopulmonary arrest complicating law enforcement subdual, restraint, and neck compression” and that his system showed “fentanyl intoxication; recent methamphetamine use.” Although the report called the manner of death “homicide,” it’s not clear how much weight that carries in court. The report states this “is not a legal determination of culpability or intent.”

Meanwhile, an independent autopsy ordered by Floyd’s family also reported he died by homicide but said it was “caused by asphyxia due to neck and back compression that led to a lack of blood flow to the brain.” Floyd family attorney, Ben Crump, also criticized the medical examiner’s autopsy for including toxicology results, saying, “The cause of death was that he was starving for air. It was lack of oxygen. And so everything else is a red herring to try to throw us off.”

So there is likely to be a “battle of the experts” at the trial over what exactly caused Floyd’s death, according to Minneapolis criminal defense attorney Mike Brandt. Those testifying about the autopsies “are going to be up on that stand for a long time getting into heavy duty scientific stuff about the different mechanisms of what was going on in George Floyd’s body at the time the knee was on the neck.” He said defense attorneys will raise questions like whether “the lack of oxygen occurred because he had a cardiac incident?” Or was his death brought about from “some combination of controlled substances?”

Such autopsy arguments, suggests Brandt, could muddy the picture of what exactly caused Floyd’s death.

University of Minnesota law professor Richard Frase agrees, stressing that “on any element of the prosecution’s case, the defense just has to raise a reasonable doubt or at least get one juror to say, ‘I’m not convinced beyond a reasonable doubt that they’ve proved causation here.’”

But Frase believes that even with these arguments over physiological mechanics, the prosecution has the edge because they can argue Floyd “wouldn’t have died as soon as he did if the police hadn’t been stressing him physically and emotionally. And as long as they accelerate his death, that’s causation.”

Another challenging requirement of the second degree murder charge is that prosecutors must prove Chauvin caused Floyd’s death “while committing or attempting to commit a felony offense.” In this case, that offense is third degree felony assault defined as someone intentionally inflicting or attempting to inflict bodily harm.

Did Chauvin commit an assault when he restrained George Floyd or was he justifiably acting as a police officer is trained to do in such a situation?

Here, Brandt foresees a second “battle of the experts,” this time use-of-force specialists. He predicts those on the defense side will say that the restraint Chauvin used on Floyd was reasonable and even authorized by the Minneapolis police training manual, filed as an exhibit in the case. They will argue, Brandt says, such restraint was warranted because “these are unpredictable situations. His feet were still free. His head was still free he could head butt you. He can do any number of things. And it’s dangerous, particularly somebody who has got controlled substances in them.”

Joseph Daly, professor emeritus at Mitchell Hamline School of Law in Minneapolis, suggests Chauvin will try to dodge the assault element by asking the court to look more closely at the video.

“[Chauvin is] gonna say, ‘I never knelt on his neck for nine minutes. If you look carefully, you’ll see my knee on his shoulder. Sometimes my knee is on his back. I’m not kneeling on his neck all the time. I had no intention of assaulting this guy. I had no desire to assault him. And I wasn’t assaulting him. I was trying to get him under control using techniques that I was taught in the Minneapolis police department to use,’” said Daly.

Frase predicts expert witnesses for the prosecution will testify that Chauvin’s use of force was unreasonable and, even if authorized, it went well beyond that same police manual. It apparently permits the restraint Chauvin used but only when suspects are “actively resisting.” Frase says that’s key because Floyd is clearly unconscious and not resisting well before Chauvin finally removes his knee. Yet the officer “kept up the force,” notes Frase, and “the prosecution can say any use of force has to be necessary and no force, even non-deadly force, was necessary anymore when he passed out.”

Some legal observers believe the lesser charge of second degree manslaughter is going to be easier for the prosecution. It requires proof that Chauvin caused Floyd’s death through, according to the statute, “culpable negligence,” meaning that he created an “unreasonable risk and consciously takes chances of causing death or great bodily harm.” Brandt believes “there’s a lot more room for the prosecution under that charge.” He notes that the length of time Chauvin spent with his knee on Floyd’s neck or back makes it clear he was creating an unreasonable risk or taking a chance of death or harm. He thinks prosecutors will say, “Come on, what else would happen by doing this?”

A recent development could mean third degree murder will be added to the charges against Chauvin. That’s what he was initially charged with following Floyd’s death, until Judge Cahill dismissed that charge in October. An appellate court ruling on Friday means Cahill must now reconsider allowing the charge.

If he does reinstate the third degree murder charge, as prosecutors want, Frank’s team would have to prove Chauvin caused Floyd’s death “by perpetuating an act eminently dangerous to others and evincing a depraved mind, without regard for human life,” according to the statute.

The maximum penalties for all of the charges are severe — 40 years for second degree murder, 25 years for third degree and 10 years for the manslaughter charge. But these are also misleading and are another area where expectations may conflict with reality.

Presiding Judge Cahill is required by Minnesota law to follow sentencing guidelines. Under these, the penalty for both second degree unintentional murder and third degree is about 10 to 15 years. For the manslaughter charge, the common sentence under the guidelines is four years. While prosecutors have asked for an “upward departure” allowing Cahill to impose a longer sentence, legal experts interviewed by ABC News all believe it very unlikely that he would hand down anything close to that 40-year maximum for the most serious charge. Chauvin has pleaded not guilty.

Three weeks have been set aside for jury selection. But will finding impartial jurors be possible, particularly given how widely viewed the video was and the weeks of protests and violence that impacted Minneapolis after the incident? Frase acknowledges it’s a difficult task, but not an impossible one, noting that potential jurors could be drawn from rural areas “that really don’t pay much attention to Minneapolis” and may hold views that would balance those of its residents.

The jurors will serve anonymously, but the verdict they render will be widely scrutinized. Daly says this “might be one of the most important cases ever in the United States.” For those paying attention, he says it means re-examining “the power of the police and the use of force and how police are trained. Are they the guardians of the people? Are they warriors against the people? What is the function of the police?”

These are the sorts of questions this trial may prompt many to consider both in the courtroom and across the country.