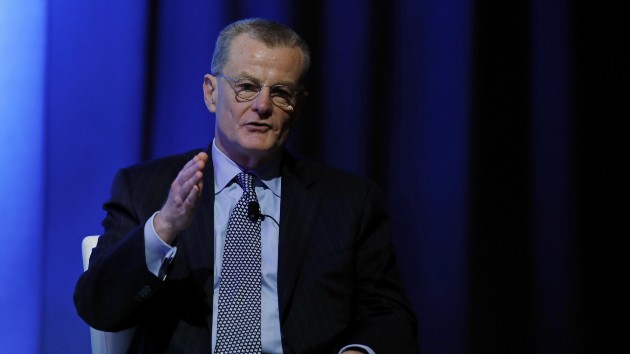 (NEW YORK) — Bill Magness, CEO of the Electric Reliability Council of Texas, was fired on Wednesday in the wake of February’s deadly blackouts that left millions without electricity and heat in freezing temperatures.

As power grid manager, Magness was given a 60-day termination notice by the company’s board of directors. He has not released a statement yet on his termination, but he informed the board that he will not seek or accept severance pay, according to an updated employment agreement.

“The ERCOT Board is expected to begin an immediate search for a new President and CEO, and will continue to discuss the transition plan at future meetings during this time period,” the agency said in a statement.

ERCOT, which oversees 90% of the state’s power grid, came under fire for downplaying the severity of the winter weather, according to state legislators. Texas Gov. Greg Abbott was among a group of state leaders who called for Magness to resign because of his role in one of the worst power outages in U.S. history.

“They downplayed the severity of it, at the same time telling me and the public that they were fully prepared for it,” Abbott said at the Feb. 25 hearing. “Texans suffered last week in ways they shouldn’t have to suffer.”

Magness, who testified at the hearing, claimed that the scale of forced blackouts was necessary in preventing an even larger energy failure.

“We came dangerously close to losing the entire electric system,” Magness said. “I’d say [ERCOT] worked from keeping us from going into a blackout that we’d still be in today — that’s why we did it.”

Magness became the second senior official to leave his position at ERCOT while at least six board members have resigned in the aftermath of the blackouts.