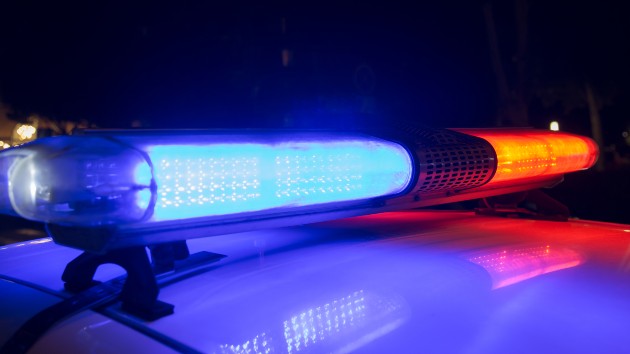 The officer is “alert” and in stable condition, Cordell said. Authorities believe he was shot three times.

“He had a through-and-through shot to his neck,” Cordell said at a Wednesday afternoon news conference. “It’s an amazing story. … It could have been a very different outcome.”

After the shooting, Elders and two others who were in the car with him fled the scene, Cordell said.

The suspects’ car then caught on fire and they abandoned the vehicle, he said.

Authorities believe one of the suspects went to a home and carjacked a resident, police said.

“At 8:44 a.m. this morning, a female arrived at the Joshua Police Department … with gunshot wounds,” Cordell continued.

She was taken to a hospital and was pronounced dead, he said.

Elders — who allegedly abandoned a car and was found in a wooded area near Gainesville, Texas, on Wednesday afternoon — was “likely involved in the death” of that woman, Cordell said.

“There was a second subject with [Elders in the wooded area],” Cordell said. “We don’t know for sure who that is. They are continuing to search for that person.”

As for the third person in the car during the shooting of the officer, Cordell said, “We know who they are. We’ve been in contact with them.”