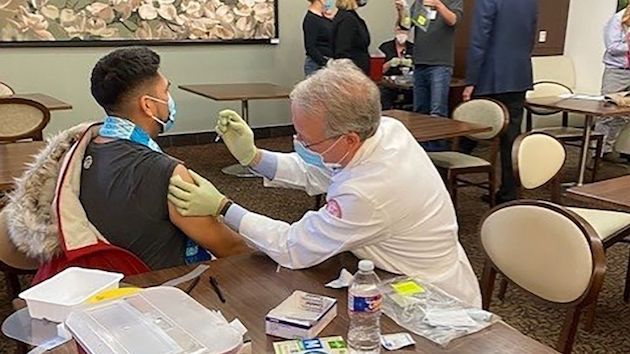 (HOUSTON) — Health officials in Texas are scrambling to use more than 8,000 vaccine doses before they expire after the harsh winter storm hitting the state knocked out the power of the deep freezers storing the vaccines.

Two Harris County public health officials told ABC News that their facility that stored the Moderna vaccine lost power early Monday morning and a backup generator also failed. The freezers that kept the vaccine at its containment temperature were among the affected equipment, they said.

In response, county officials put a plan a place to “expedite” allocation of those vaccines to locations where there were large groups of people, and that didn’t require too much driving, and with appropriate medical personnel on site to administer the doses.